OMG, maybe it’s good I’ve never been wealthy! In this, the 8th in the DI Kim Stone series, the reader is introduced to life for the super elite school child. These privileged kids go to Heathcrest Academy. Education for uber snobs–maybe, but not all of them–there are some who have not been enrolled in money. And kids can be cruel. But I digress… 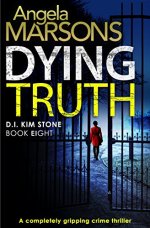 Apparently I have been underprivileged, however, in not previously discovering the Angela Marsons series that produced the hue and cry that erupted with this book. Not having previously experienced the books that developed Kim and her team into a sensational crack police team, I may have missed a number of subtle nuances in their fleshing. It’s clear that the team works well together and are a beloved group of characters from partner DS Bryant to Stacy and Kev Dawson. Each has enjoyed to some degree a spotlight in a previous series entry.

In this entry to the series, Kim and Bryant are called to an exclusive private boarding school where a 13-year-old female is threatening suicide. Unfortunately, they don’t make it in time, but Kim detects something suspicious at the beginning and bucks the early held and popular suicide proclamation. Kev Dawson pursues investigation of the school’s students and discovers an extremely troubled child, but more than that, he uncovers extreme behaviors from bullying, hazing, extreme initiation, to self-mutilation. The school and staff hide some very dark secrets, not the least of which is a secret society and the strangle-hold that grips the students. Because Dawson befriends one of the students, we see his side in this investigation more deeply, although it truly is a team effort, not wholly a Kim show.

There is a large cast of characters in the book, most because they provide a strong integral part to the investigation, but as with the case of Dr. Alex Thorne, a true sociopath who (because of previous history) may help Kim understand just where and how evil begins in a child. I loved the obvious comfortable camaraderie between team members and the sharp, intelligent wit in the exchange between Kim and Principal Thorpe. You can see why Kim gets what she wants! Dialogue is so easy and natural, it doesn’t miss a beat. Oh! And I definitely appreciated the short and sweet chapters–so easy to spy ahead and see if you can read, bleary-eyed, just one more chapter. The narrative covers just under a week–and it’s a swift one!

The well-layered plot strikes a straight path and seizes the reader from the beginning, progressing at a strong, steady pace, never easing that grip, leading inexorably until it slams into a conclusion I had to read two or three times to understand what I had just read. Because…

No, it couldn’t be. Not really.

Granted, I don’t have the emotional deeply entrenched investment in the characters from book one just having come in at eight and I haven’t been left bereft. I did greatly enjoy the book, but wait: This school and the staff–they have seen way more than they should in their tenure but have remained silent. During this narrative, there are additional murders. More murders, including one of their own teachers?! And, still…no one speaks up? Talk about a lively book discussion in any book reading group! Let’s discuss that secret society, friends–the Cards–now THAT’S scary!

I downloaded this ebook from Bookouture and NetGalley and greatly appreciated the opportunity to read and review. Heartily recommended to any who really know and appreciate this author and her DI Kim Stone series, but bring a tissue. To those for whom this is their first foray into the “completely gripping crime thriller,” you won’t be disappointed. It’s a super police procedural, complete with a twist, and a story that has you debating various points for some time to come. Oh, yes, you won’t want to miss this one! 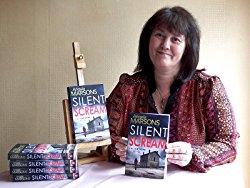 The Author: (From Amazon Author page) Angela Marsons is the author of the International Bestselling DI Kim Stone series and her books have sold more than 2 million in 2 years.

She lives in the Black Country with her partner, their cheeky Golden Retriever and a swearing parrot.

She first discovered her love of writing at Junior School when actual lessons came second to watching other people and quietly making up her own stories about them. Her report card invariably read “Angela would do well if she minded her own business as well as she minds other people’s”.

After years of writing relationship based stories (The Forgotten Woman and Dear Mother) Angela turned to Crime, fictionally speaking of course, and developed a character that refused to go away. She is signed to Bookouture.com for a total of 16 books in the Kim Stone series and her books have been translated into more than 27 languages. 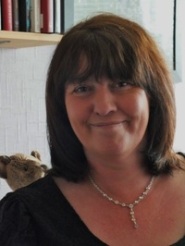 (Truncated Goodreads Author page) Angela Marsons…discovered a love of writing at Primary School when a short piece on the rocks and the sea gained her the only merit point she ever got.

Angela wrote the stories that burned inside and then stored them safely in a desk drawer. After much urging from her partner she began to enter short story competitions in Writer’s News resulting in a win and three short listed entries. She used the Amazon KDP program to publish two of her earlier works before concentrating on her true passion – Crime. Angela is now signed to write a total of 16 Kim Stone books for http://bookouture.com and has secured a print deal with Bonnier Zaffre Publishing.

2 thoughts on “Dying Truth – a #BookReview”

The Angel's Trumpet #theangelstrumpet by James Musgrave-An historical legal thriller review by the CE. A biting and topical look-back and sympathetic view of the Suffragette movement, the kidnapping of a President’s wife and a sinister plot to destroy evidence. 19th Century life in our nation's capital and the reversal of desegregation legislation during the post-civil war era and a microcosm of the problems facing the population during that time period⁠ ⁠ See his full review at https://rosepointpublishing.com or follow the link in my profile.⁠ ⁠
Happy Valentine's Day! Give a good book instead of diamonds! Renaissance lovers Anne and Louis: Rulers and Lovers. Atmospheric, well researched, gripping tale of political intrigue. ⁠ ⁠ "History buffs will love this tale. Ms. Gaston has brought to life a period in history with great sympathy. Follow Anna as she tries to keep Brittany free from French rule while being married to Louis the king. What a spunky and smart ruler she was! This historical drama is rife with intrigue and castle politics." ⁠ ⁠ See the full review by the CE at https://rosepointpublishing.comm or follow the link in my profile.⁠ ⁠
#throwbackthursday - Celebrating one of my favorite series and authors, The Lei Crime & Paradise Thriller Novels by Toby Neal-Award-winning Hawaiian Crime Novelist. Petite detective Lei Texeira is a badass female detective. You don't want to mess with her OR her buddy Sophie Ang, fed ITT specialist. Lei has risen the ranks in the Maui PD and has earned her stripes. Atmospheric, well-plotted, addictive, and heavy on deeply fascinating characters. Reading one will have you looking for another!⁠ ⁠ See my full post at https://rosepointpublishing.com or follow the link in my profile. ⁠ ⁠
New Review-In the Shadow of the Hanging Tree by Michael A McLellan War thriller, #historicalthriller Gripping, powerful, heartrending. How did Henry get caught between indigenous peoples and the western movement? ⁠ ⁠ Henry is born into slavery but given his freedom by his former master. He is not illiterate and some of his crimes include being able to read and write. He flees northward alone and hungry and finds a people compassionate and generous. But there is a war afoot...This narrative grabs you immediately with fear for the protagonist and keeps the tension high. A #mustread⁠ ⁠ See his full review at https://rosepointpublishing.com or follow the link in my profile⁠ ⁠
New Review-The Master's Apprentice by Oliver Potzsch #themastersapprentice Five star review by the CE. Re-Telling of the Faust Legend. #historicalfantasy 15th century historical mystery. Oliver Pötzsch has captured the essence of life in the middle ages and the turmoil that was Europe. ⁠ ⁠ See his full review at https://rosepointpublishing.com or follow the link in my profile.⁠ ⁠ #bookblogger #bookreader #bookreviewblog bookboost #bookbooster #readersofinstagram #NetGalley #netgalleyreads #NGEW2020 #bookpost #literaryfiction #blogger #bookblog #greatreads
New Review-Statue of Limitations #statueoflimitations by Kate Collins. Book 1 What a fun, hoot of an entertaining read. This is an amusing and immersive start to a new series. Momma is the epitome of a matchmaker and Athena also contends with her three sisters, aunts and uncles, the food, customs, and the Greek language (which she steadfastly refused to learn). Strongly character-driven while hatching red herrings, twists, and some amazingly bizarre scenarios. She and Case (now Dimitri) are full-on trying to keep him out of jail while getting to the bottom of the whodunit. ⁠ ⁠ See our reviews at https://rosepointpublishing.com or follow the link in my profile.⁠ ⁠ 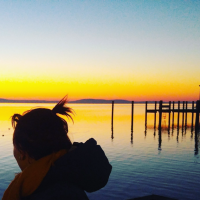 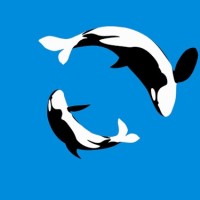 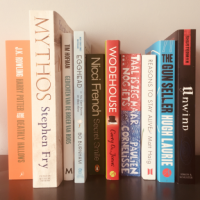 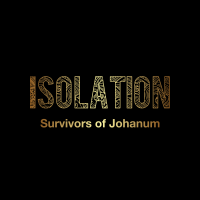 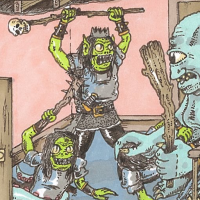