It’s March and I’m participating in the Reading Ireland Month for 2019. This one is a police procedural/crime fiction by Irish author Tana French. I was not prepared and it knocked my socks off! What did I get myself into? 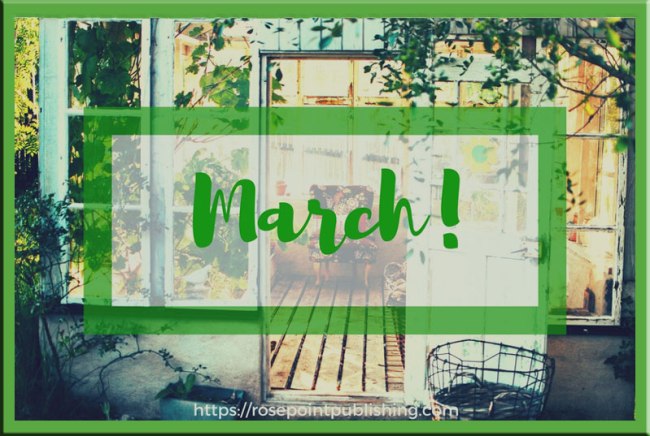 A year ago a boy was found murdered at a girlsʼ boarding school, and the case was never solved. Detective Stephen Moran has been waiting for his chance to join Dublin’s Murder Squad when sixteen-year-old Holly Mackey arrives in his office with a photo of the boy with the caption: “I KNOW WHO KILLED HIM.” Stephen joins with Detective Antoinette Conway to reopen the case—beneath the watchful eye of Holly’s father, fellow detective Frank Mackey. With the clues leading back to Holly’s close-knit group of friends, to their rival clique, and to the tangle of relationships that bound them all to the murdered boy, the private underworld of teenage girls turns out to be more mysterious and more dangerous than the detectives imagined.

Sometimes I commit to a book and discover too late I’ve bitten off more than I’m used to chewing…and things get real uncomfortable. (For me, anyway.) I’m sure not so, however, for many as this author couldn’t be a NY Times bestselling author were that the case. And this book, mercy! Not usually a choice I’d make. But read it, I did, all 452 (small print) pages of it right down to “the End.” To say I struggled with it would be an understatement. To say I managed to get around the language, the blunt sexual innuendo, and the English slang and colloquialisms to find a brutal, jaw-dropping well-plotted story would be fairly accurate.

This is a fifth in a series of six for the Dublin Murder Squad Series by Tana French. Perhaps the woman did a stint in the Navy? Or she was privy to the class characterized in this Irish girls boarding school, or she is still a teenager and the author photo is her aunt. My first experience with the series and author obviously, so I have no way to compare to the previous five the level of language and wantonness depicted.

A girls school. No angels here. After all, the detectives are there regarding a year old murder. But the entire book takes place in one day. Fascinating, however, is the way the author flashes back to the original event and alternately focuses on two sets of girls or the detectives, one of whom from Cold Cases trying desperately to use the get-out-of-Cold-Cases card brought to him by one of the teenage girls involved. Chapters centering on the detectives switch to the first person POV of Stephen Moran. He is partnered (temporarily?) with gritty take-no-prisoners, make-no-friends Detective Conway of the Murder Squad. He’ll (desperately) work on filling the current vacancy.

Heavy in dialogue, chapters devoted to both sets of girls are extremely edgy, crude, using open discussions of subjects that would elicit a blush from a banker. Dialogue is often clipped, hanging, incumbent upon the reader to know who is speaking. There proceeds a detailed study of each girl with a practiced assessment of body language and every twitch or eye roll. You can see the eye roll, the sneer, hear the snark in their interviews with the detectives. Adults are so stupid, so clueless. Two cliques of four, each with a unique personality and enough attitude for any childless couple to vow to remain childless.

The author makes heavy use of local teenage colloquialisms and contractions, keeping in character (i.e. wouldn’t’ve, we’d’ve). Interesting analogies throughout (i.e. “She comes back carrying Joanne’s phone that she hands over like an altar boy at the offertory.”). OMG, you get SOOO tired of these kids. Even Detective Conway is a relief!

Having said that, I marveled at the brilliant way the storytelling wove in the previous year with the current interviews, teasing, pushing, hinting and then moving forward by millimeters at a time (it’s a LONG book, remember?). As the time and the chapter opens, the reader is told how many months, weeks, and days the victim, Chris Harper, has left to live. Oh Gees! The tension-building psych works! The hormones are flying freely between the girls and the boys of the school located behind and you know no walls thick or high enough will keep them separate. Passions are high between friends, worn on sleeves, and become a matter of life or death. Literally.

This book was listed by 746 Books for participation in Reading Ireland Month and I found the hardback copy at my local library. Quite the introduction to this author! Would I read another? Yes. If I liked it, why the four and not five? Length and language. Recommended for those who enjoy police procedurals, thrillers, suspense, and mystery. Just skip over the language.

The Author: Tana French is the author of In the Woods, The Likeness, Faithful Place, Broken Harbor, The Secret Place, and The Trespasser. Her books have won awards including the Edgar, Anthony, Macavity, and Barry awards, the Los Angeles Times Award for Best Mystery/Thriller, and the Irish Book Award for Crime Fiction. She lives in Dublin with her family.

12 thoughts on “The Secret Place by Tana French – a #BookReview”