Hurray! Book 1 of a new cozy series. Your chance to get in at the beginning!

Meet Eve Mallow: an American far from home, a professional busybody… and an amateur detective?

Seasoned obituary writer Eve Mallow has a new assignment: to tell the life story of famed musician Bernard Fitzpatrick. A chance to spend a few days in the sweet little village of Saxford St Peter, walking the country lanes with her beloved dachshund Gus and meeting new people sounds like a dream. But it turns out that Bernard’s life was much less interesting than his death. On the day she arrives, news breaks that the charismatic cellist was the victim of a grisly murder. Could this quaint English village be hiding a dark secret?

As Eve starts to interview Bernard’s friends and colleagues, she finds that he’d ruffled a few feathers. In fact, from the keepers of the Cross Keys Inn to his own staff at High House, there’s barely a person in town who doesn’t have some reason to hate him… is one of the friendly villagers a cold-blooded killer?

Eve hoped Saxford St Peter would be the perfect escape from her busy city life. But there is darkness even in the most sunlit of settings. And when a second body is found, Eve becomes certain that one of the people she’s met must be the murderer. She has never done any detective work before… but is there something in her notes that can crack the case? 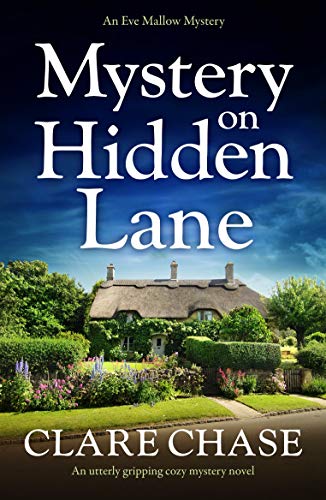 Thrilled to finally get in on #1 of a new book series, I dived into this one about protagonist ex-pat American Eve Mallow in Saxford St Peter, a quaint Suffolk village. Turns out that at age 49 she is divorced and the mother of twins, 25 years old. Eve is all business now, finding her journalistic niche as an obituary writer. She’s rented Elizabeth’s Cottage temporarily while she visits the town to interview anyone associated with deceased musician Bernard Fitzpatrick. Unfortunately, shortly after her arrival, it’s announced his death was not a natural one.

This one pulls you in immediately and then begins to describe the village, her vintage rental, and its history, and the reader is introduced to those main support characters who, I’m sure, will become old friends by the time the conclusion is reached.

Eve has a charming, intelligent personality. She works part-time for a school back in London and provides the obits freelance. She is accompanied by her trusty and free-wheeling dachshund, Gus. The village is described beautifully, depicting the lush greenery, flowering plants, native trees, the estuary, and the sea. (How I miss the smell of the ocean!) Painted delightfully in the mind, get to know pink-haired Viv, owner of a tea/craft shop, who is fairly well-fleshed.

It’s clear she has been introduced to persons of interest, but she’ll have to work to discover the connection, motive, how and why. No problem! She must meet with those close to the victim to get the info for her obit anyway. (What a great cover, huh?) There are a number of possible persons who may have all the above, but how to sift out THE one?

As the reader meets each new contact, it’s fairly easy to add to or subtract from a suspect list. A possible romantic interest is introduced, but probably too soon for that and while I guessed the perp, guessed wrong. Actually, quite disappointed who was discovered in the conclusion–NOooo…. Darn it! A couple mysterious characters will hopefully be given more space next book, further development of Eve as well as Viv, and I’m interested to see how this one will progress. My reticence was the question of Eve behind the conclusion that seemed to me confusing. How will that gorgeous Elizabeth Cottage be resolved?

I received this digital download by the publisher through NetGalley in return for a review and these are my unbiased opinions. This novel gets off to a good start and I’ll be interested in reading the next. 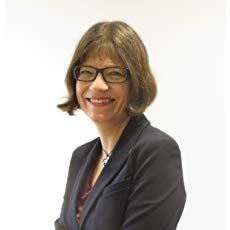 The Author: Clare Chase finds the current state of the world a bit stressful and has resorted to writing classic mysteries as a form of escapism. Her aim is to take readers away from it all via some armchair sleuthing in atmospheric locations.

Her debut novel was shortlisted for Novelicious’s Undiscovered Award, as well as an EPIC award post-publication, and was chosen as a Debut of the Month by LoveReading. Murder in the Marshes (Tara Thorpe 1) was shortlisted for an International Thriller Writers award.

Like her heroines, Clare is fascinated by people and what makes them tick. Before becoming a full-time writer, she worked in settings as diverse as Littlehey Prison and the University of Cambridge, in her home city. She’s lived everywhere from the house of a lord to a slug-infested flat but the mid-terrace she currently occupies represents a good happy medium.

As well as writing, Clare loves family time, art and architecture, cooking, and of course, reading other people’s novels.