I’m adding a challenge this year and looking forward to participation. Join me and challenge yourself with these fun 2021 Reading Challenges!

So easy to sign up for the 2021 Audiobook Challenge and loads of fun to participate! I get mine free through Overdrive — at my local library. I’m shooting for Binge Listener – 20-30.

Fun and easy way to challenge yourself to read–set your goal. (It can always be altered up or down.) Last year I set a challenge of 170 reads. This year I’m trying for 175. BONUS: Enlightening stats at the end of the year!  Watch the sidebar widget for my 2021 Goodreads Reading Challenge progress.

Sign up and add the link(s) of your review(s) including your name and book title to the monthly Mister Linky. There are six levels of readers listed and I chose Renaissance Reader-10. I did the same last year and sticking with it. Watch me reach my goal! Don’t forget to add the tag: #histficreadingchallenge

I joined this Challenge in 2018, 2019, and 2020 at the platinum level, which translates to 75 books for the year. If you’d like to sign up for this challenge, click here. See their sign up page for rules and Guidelines. Use the Hashtag: #NGEW2021 when posting your reviews.

So easy to sign up for the 2020 Audiobook Challenge and loads of fun to participate! I get mine free through Overdrive — at my local library. I’m shooting for Stenographer–10-15.

This one may not be so easy–Complete BINGO on four cards. BINGO consists of five in a row, horizontal, vertical, or diagonal. Find instructions and cards here. This is my start with the Weapons card.

Fun and easy way to challenge yourself to read–set your goal. (It can always be altered up or down.) BONUS: Enlightening stats at the end of the year!  See the sidebar for my 2020 Goodreads Reading Challenge progress. 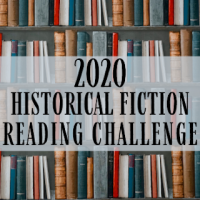 Sign up and add the link(s) of your review(s) including your name and book title to the monthly Mister Linky. There are six levels of readers listed and I chose Renaissance Reader-10.  Watch me reach my goal! Don’t forget to add the tag: #2020HistFicReadingChallenge 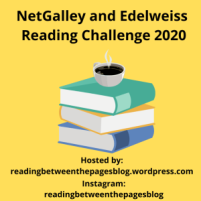 I joined this Challenge in 2018 and 2019 at the platinum level, which translates to 75 books for the year. If you’d like to sign up for this challenge, click here. See their sign up page for rules and Guidelines. Use the Hashtag: #NGEW2020 when posting your reviews.

And don’t forget to send your challenge reports using her little blue Linky to Tina at Reading Between the Pages.

Final Second by John Ryder
The House of the Setting Son by Nancy Cole Silverman
The Body from the Past by Judi Lynn
One by One by Ruth Ware
Mistletoe, Moussaka, and Murder by Tina Kashian
Watch Her Vanish by Ellery Kane
Back Bay Blues by Peter Colt 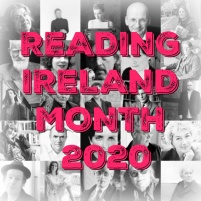 Watch my stats add up during the year and get started on your Challenge page too!

The Second Wife by Sheryl Browne
The Gun Also Rises by Sherry Harris
The Wedding Guest by Jonathan Kellerman
Murders and Metaphors by Amanda Flower
The Puppy Who Knew Too Much by V.M. Burns
The Beantown Girls by Jane Healey
Something Red, Something Dead by Eva Gates
A Killer’s Alibi by William L. Myers, Jr.
Dead Memories by Angela Marsons
Open Carry by Marc Cameron
Final Exam by Carol J Perry

Murder in an Irish Pub by Carlene O’Connor
One Feta in the Grave by Tina Kashian
The Bones She Buried by Lisa Regan
Pinot Red or Dead? by J C Eaton

This is an A to Z reading challenge moderated by Escape With Dollycas Into a Good Book. It is a simple Challenge, you do not have to stick to a particular category.

New Review-Hypnosis Is for Hacks by Tamara Berry, An Eleanor Wilde Mystery Book 4. Eleanor is a gifted psychic with a group of ghosts who help her unravel the mysteries she seems to keep getting. She is surrounded by a group of never-do-wells, cats, and an ugly doll named Brunhilde. She also has a highly respected investigator named Armond Lemont who continues to question her investigation and appears more of a hindrance than a help. A fun frollick into the shadowy world of make believe, mediums, and ghosts. ⁠
New Review-Daughter of the Morning Star by Craig Johnson Longmire Mysteries Book 17. Most of the Longmire books could be read as standalones, this one included LOVE this series tho I must admit to finding this one just a bit off—miss my favorite support characters. The audiobooks with George Guidall as narrator does a bang-up job, putting himself in the shoes of Henry Standing Bear and firing off glib philosophical spikes at Longmire, holding his own beautifully (love the dialogue between the two). Reservation life as well as supernatural or mystical stories handed down through the families by the separate tribes as to their beliefs, spiritually driven. Always fascinating, always good. A go-to series. ⁠
New Review-Indigo by Paula Berinstein. Unique writer’s style with an unusual time travel romance. Complex and multi-plotted, empathetic characters, emotional issues. A personal and scientific journal leads to the accidental transfer of Esther Rubens to an indigo plantation in 1750 South Carolina. Will she find the portal and return to her own time or decide to stay in brutal circumstances with a new love? Book 1 in a new series.⁠
New Review-Always Remember by Cathryn Grant. A “gripping psychological nail biting” #psychologicalthriller. The mother-in-law from hell. Can Kelly get her husband to see what is going on in time? She will protect her 3 yr old twins, but can she protect herself? No sentimental Mother’s Day cards for this one! Crushing conclusion and resolution. UGH! Hated the ending but it did keep my attention.⁠
Silent Title Books—Are any of these on your #TBR? I have five books with “silent” in the title. I’m amazed how often the same word pops up in titles. We've already read two, three are by the end of the end, the Dugoni book releases Feb 2022. (It's a long one. Good I'll have plenty of time to read it! :)) These are four star and above according to Goodreads. ⁠
All the Devils Are Here by Louise Penny. Book 16. I was lost.⁠