There are so many natural wonders on this planet of ours that is impossible to list or picture them in one short blog. There may be several in your area, as these phenomena can occur in more than one area of the world, while others are located in one isolated area and one area alone, as with a few of the exceptional spectacles in Iceland. Planet bound or skyward, they awe and inspire, difficult to capture on film or digital camera–rare when they are–natural wonders of our planet. 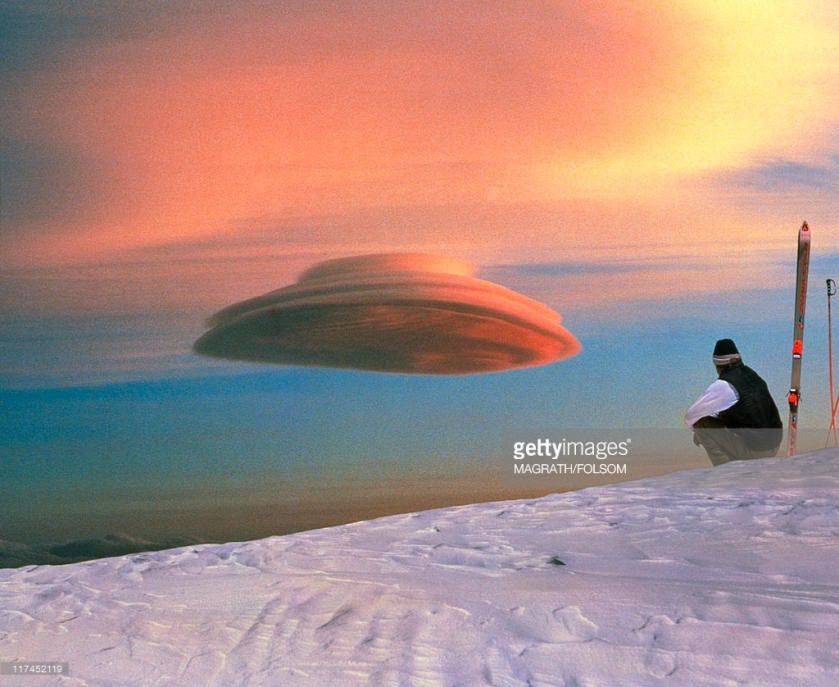 Heavenward, our climate makes for some spectacular shows such as water or fire spouts. How about lightning that strikes upward, not down? Those strikes have been captured and authenticated. This is a lenticular cloud–some so alien as to be mistaken for UFOs.

Glorious trees grace our environment. How about the Rainbow Eucalyptus? This tree, also known as the rainbow gum is probably the most colorful tree on the planet. Found in the Philippines and Indonesia, it also grows in Hawaii. The bark starts out as green. Then as the bark ages, it begins to turn color as the chlorophyll is replaced by tannins.

Spotted Lake in BC, Canada, takes on a polka dot appearance in the summer. The water evaporates in the summer leaving large deposits of colorful minerals. Also known as Kliluk Lake, there are numerous videos on YouTube that exhibit its beauty.

Columnar basalt is the result of lava flows that has cooled quickly and cracked vertically. This particular phenomenon is found around the world. The “sailing” stones of Death Valley move hundreds of yards at a time–by themselves over the sand. 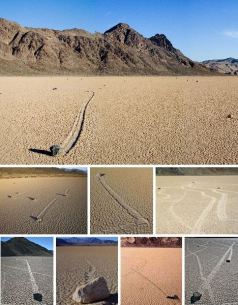 The planet is 71% water, 29% land. It is filled with so many natural wonders and as harsh, varied and violent as it can be, still is our fragile planet. I am awed every day at the site of new displays of beauty and worried at its ability to withstand the indolence of man. ©2016 Virginia Williams

#audiobook review-His & Hers by Alice Feeney. Insanely gripping, creepy, spicy narrative. Three POVs; his, hers, and the killer. Fast paced, well-plotted, creepy narrative spiced with hometown-childhood secrets, adult secrets. Twists and turns leave the listener spinning. This novel-audiobook totally envelopes the listener, sinister, gripping, full of suspense. And that twist at the end? Gotcha!⁠
New review-Seven-Year Witch (Witch Way Librarian Mysteries Bk 2) by Angela M Sanders. Josie just discovered she’s a witch! She’s learning about her powers through letters from grandma. Engaging characters, including her kitty, Rodney. There is high drama, perceived curses, twists, turns, and torment over the situation with Sam. Entertaining narrative. ⁠
TV Netflix Series Outlander vs #Audiobook by Diana Gabaldon—Was the TV version true to the original books? And which do you prefer? How many seasons are available—will there be another? Some of the questions you've been burning to have answered. Are you a fan and find this truly bingeworthy? What is it that is so compelling? The action-adventure, the time travel, the characters? Or Claire and Jamie? Have you read one of the books? (Hang in there--they are long and sometimes graphic.) I discuss both the #Netflix version and the audiobooks. Mercy.⁠
New Review-One Little Lie by Christopher Greyson. Twisted tale of how lies can escalate and Kate already had enough problems. Kate is a mess. She’s carrying major baggage and not doing well with it. Her attorney husband broke up the marriage to go live with a mistress. He may marry her and in the meantime they want the kids. She is still in mourning over her sister. Her finances are in ruin and she is woefully short on her resume owing to her marketing promo concentration for her ex. Her self-confidence is somewhere in the minus level. Now she has a stalker. She is seeing a therapist (mostly for the meds, although they seem to be doing little to relieve her anxiety). A suspense novel, flawed characters, entertaining.⁠
New Review-Cajun Kiss of Death by Ellen Byron. A Cajun Country Mystery Book 7. Atmospheric description, multi-layered plot, engaging characters. Probably the last of the series. I found this one a bit slower and the epilogue telling. Not one of my favorites from this series, but I like the sense of humor and the southern knowledge of this author.⁠
New Review-Dog Eat Dog An Andy Carpenter Mystery (Andy Carpenter Novel Book 23) by David Carpenter–Andy Carpenter comes to the rescue of a man who saved a dog-a saint in Carpenter's eyes. Of course he'll defend him, even after he discovers the man is extradited to Maine for a double murder. My favorite attorney who loves dogs. These books are just plain fun. Fast, witty, often sarcastic humor coupled with deeply layered well-plotted novels. These are never simple, open and shut cases. I always love it when they get to the courtroom—there are teachable moments, intelligent and full of fancy footwork, maneuvering, not to mention some memorable acting scenes--and lobster rolls! Has he ever lost a case? I don’t think so! Works as standalone. Currently on pre-order.⁠