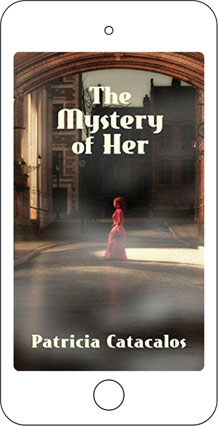 Title: The Mystery of Her by Patricia Catacalos

Source: Submitted by author for review

Title and Cover: The Mystery of Her – Cover hints at era

Lady Kiera Everett is pretty darned sure her father was murdered and how it could have been viewed as anything else, even in London in 1888, is beyond me given the nature of the manner in the first of the Zane Brothers Detective Series, “The Mystery of Her” by Patricia Catacalos. I’m a fan of historical fiction, particularly mysteries, and this was not my first rodeo, so perhaps my expectations were a bit high.

The author paints London in all it’s disease-ridden, dark and dank environment, where it would seem the street urchins outnumber the rats. It is a nasty time in history and not unexpected then that coinciding with the Lady’s quandary; the city is being terrorized by not one, but two serial killers in the slums of Whitechapel. She seeks the help of the Zane Brothers Detective Agency as the police have written off the death of her father as age and illness. Lady Everett has ascertained that hers is not the first loved one to die at the hands of the attending nurse and it doesn’t take too long before the bros realize she must be right.

In the meantime, she has been introduced to protagonist Zachary Zane, the oldest of three brothers with whom she has contracted the case under the proviso she is allowed to participate. WELL! Absolutely unheard of! She being a budding spinster and he any spinster’s dream catch are a given in the romance department.

I have to say that Ms. Catacalos certainly weaved a grim picture of London; you could smell the urine; see the rats and the garbage. I wanted to RUN, not walk, and wash my hands after her descriptions. The two younger brothers, Noah and Evan, go about the detecting business while Zachary schemes to make the Lady his wife. (Hmm, I think there’s an old joke there somewhere.) He is harboring a deep, dark secret but it soon becomes apparent that the Lady will be able to dispel the darker side and restore the lighter. Both he and his lady are fleshed out very well, the brothers not so much though they can be amusing. The antagonist never really becomes a viable character.

The dialogue can be a bit stilted at times, but it should be noted that the author has written with what might be late 1888 English sensibilities, vocabulary, and materials, as well as given the street urchins an Irish-cockney brogue. However, without giving away too much detail, the method of the murders of the rich but sickly men was really pushing the disbelief button (and I do not believe injections were commonly used at this time eliminating that as a possible method). If you can swallow that (and I’d seriously doubt it), then you might have a problem with the level of edit errors, the latter of which can easily be remedied. Also easily remedied is the over-abundance of the descriptively used words “angled” and “mimed.” (Mercy!)

Still, the book launches a promising series, a quick read, some gorge-producing scenes of late 19th Century London and a whirlwind Victorian romance (if you’re into that sort of thing). This book was provided by the author in exchange for a review. You might enjoy this as a cozy mystery summer read.

The Author: Patricia Catacalos has written a number of books crossing genres from paranormal to mystery, romance, and several novellas. She graduated from Seton Hill University and holds an MA in Theatre from the University of Denver. While she was still single, she acted in and directed productions in the Philadelphia area. Later, finding sales stifled her creative spirit, she began writing historical romances. She is married to a man of Greek heritage and they live in New Jersey when they are not traveling to both Greece and England. ©2017 Virginia Williams

New Review-Bad Axe County by John Galligan, A Bad Axe County Novel Book 1. A former beauty queen turned law enforcement suddenly discovers herself the new sheriff upon the death of the former officer. She's married w/children and there is a good ole boys group who doesn't want her in office. Themes of missing girls and human trafficking. Atmospheric. Plot line turns decidedly dark, raw and profane, it is suspenseful, violent, and fast-paced. Not quite my usual type of read.
New Review-Christmas Scarf Murder by Carlene O’Connor, Maddie Day, Peggy Ehrhart. A Christmas cozy mystery anthology. Always a treat to read one of Carlene's Irish Village Mysteries, and anything Maddy Day writes is bound to be a hoot. Must confess I don't know the third author, but the book is a nice way to ease into the season. Fun, short, and sassy novellas to kick start the season releasing the end of Sept.
New Review-Overkill by Sandra Brown. When the sex goes wrong and she doesn't wake up. What happens when you are forced to pull the plug? It is no secret who was responsible for the situation--why does it seem others have more to pay. The author captured the essence of a narcissist with no regard for other individuals. A CE review. Releases on Tuesday, Aug 16.
New Review-The Girl Who Escaped by Mark Nolan, a Jake Wolfe mystery Bk 7. Always atreat to read another in the series. Jake and his faithful dog Cody are called in to assist the FBI and local law enforcement to help crack the case. Jake and Cody work with the hospital to assist in resolving the issue of the young woman who survived but now charged with murder andrestrained in the hospital. Gripping and exasperating. The novel is well-paced and held my attention throughout. As always, Cody shines as the co-protagonist. Enjoy the latest as the author’s dynamic duo help to close another edge-of-your-seat thriller. Out now. 5 stars - CE Williams
New Review-Lie Down with Dogs by Liz Milliron, A Laurel Highlands Mystery (Book 5). Well-developed characters with great chemistry gets involved in the questionable world of greyhound racing and the folks involved in the enterprise. Who is hurting these dogs and why? A CE review out now.
New Review-Such a Beautiful Family by T R Ragan. Where did Jane come from? Where did she get the money for her start-up? Twice the money, more time with her family. Who can pass that up? Not Nora. But something starts going sideways very quickly. Something is wrong. Will Nora finally have to confront the secret she's held from everyone--including her husband? Currently on pre-order. 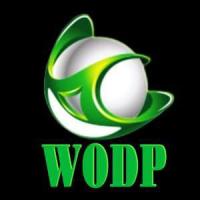