Spoiler Alert: Anyone else experiencing these issues?

Many of you know that my blog stats suddenly dropped 107 followers the end of March. I’m not ignoring you–honest! I wrote the Happiness Engineers at WordPress regarding the drop as well as the increase in “followers” from Outlook email accounts. Eventually, I got a canned response that didn’t address the issues (either one, but directed me to check my listed follower status).

She went on to note that “Followers from outlook.com may be spammers and we are looking into the issue generally, and have already implemented some fixes. The follows in themselves are not an actual threat…so really all they’re achieving is to annoy people. We’re working on our end to get these follows blocked, and we’re also removing fake follows as we detect them. On your end, just ignore them for now.”

Wait, What? “Fake follows.” Are you considered a fake follow? Did you get unfollowed?

It wasn’t until later that I realized I was no longer getting notifications from my most active blogging buddies. That’s you! So I apologize–it wasn’t me–it was…WordPress?

I know you are not fake follows, so what happened? Damianne suggested my notifications may be going to my spam folder as a result of my email provider. They are not.

As a dot com (not a dot org), I do not have the ability to download and use all those wonderful plug-ins that would give me some additional insight into the dynamics of my website. So frustrating! But trying to research what may be happening, I see one overwhelming theme–speed–and mobile technology.

We know WordPress changed their algorithms this year, but I didn’t realize it would affect my little contribution to the blogosphere. Why? Because nothing stays the same–remember that old adage? People change. Technology advances to keep up with wants and needs. At the forefront of change is Google who has issued five (yes, FIVE, and they all have names) major algorithm updates recently, forcing search engines to change.

I’ve written before about some techniques to avoid being blacklisted such as keyword stuffing (I wouldn’t know how) or avoiding black-hat SEO techniques. Web gurus talk about the need to blog at least once a week (yes, okay) resulting in a “freshen” score, with posts of 2,000 words (fail). Then what?

It’s all about page speed then? Has my site been penalized because it’s slow? I don’t know–I can’t use a plug-in to check that and I can’t add any “code markups” to speed it up.

Google has been rewarding publishers that have objectively delivered better mobile experiences to visitors for a while. It should come as no surprise that Google is talking even more about page speed. They are actually going to include it as a mobile ranking signal this year. 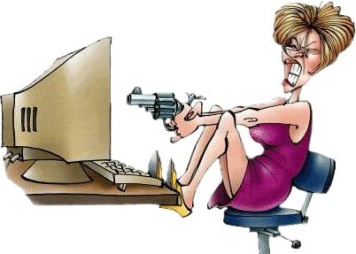 One of the patterns I routinely follow before scheduling a book review or post is to check to see what it is supposed to look like on a tablet or a mobile device and correct accordingly. Maybe it’s not working.

I will try to “catch up” with some of your posts in the coming week, hopefully to re-establish the connection. In the meantime, I’m always grateful for the likes and comments, especially from Nina at Cozy Pages, Nicole at thebookwormdrinketh, FictionFan, Lynne at Fictionophile, and Cathy at Between the Lines. I’ll be looking to see what you’ve posted recently. I’ve really missed seeing the new posts from all my blogging buddies!

In the meantime, please let me know if you are experiencing somewhat the same with your stats too. Or perhaps you have a suggestion for me? I’d love to hear it! ©2018 V Williams