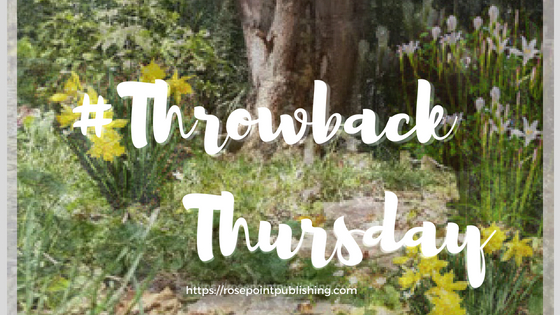 Renee began the #ThrowbackThursday meme on her blog, “It’s Book Talk“ to share some of her old favorites as well as sharing books published over a year ago. Hopefully, you’ll find either a story or author that interests you and you’ll check them out. And, if you’d like to join the fun, you’re welcome to use Renee’s pic from her website. Just provide the link back to her please). 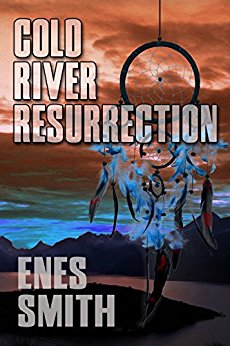 This week I am highlighting Enes Smith, another terrific, prolific author who wrote Cold River Resurrection (Cold River #2), which I reviewed on Goodreads. He has actually written five in this series as well as another series and standalone books. This novel was published on April 11, 2011. He consistently runs approximately 4.4+ stars for any of his books sold on Amazon.

If you love action-packed thrillers, don’t miss this journey with city girl Jennifer Kruger as she trespasses on the Cold River Indian Reservation, searching for a legendary creature.

On a sunny July day, Jennifer becomes lost in a sacred wilderness area and stumbles upon evidence of terror and murder. As darkness falls, she learns of crimes that modern-day tribal police know only too well – insertion of meth on reservations by cartels, mid-eastern jihadists laundering money in Indian casinos, and the secret creatures in the sacred areas of the reservation that the Indians won’t talk about. A night of terror begins for Siyapu (white girl) Jennifer Kruger.

Tribal Police Lieutenant Smokey Kukup, a veteran of the Afghanistan war, uses traditional Indian methods to track Jennifer. As they are caught up in a modern war, Smokey tries to keep his precocious daughter, Laurel, as well as those who trespass on the reservation, safe from harm. 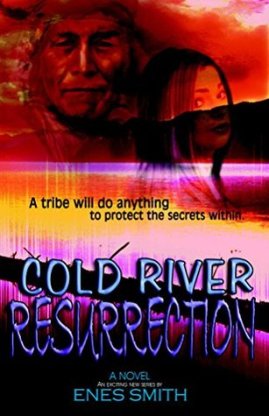 Enes Smith, a Šiyápu, author and white man holds a fascination and respect for the peoples and customs of Indian tribes. He’s created a scenario in this novel which combines both the culture of an Oregon tribe with the myth of Bigfoot (aka Sasquatch) and the articles regarding terrorist activities and their infiltration of drug cartels in our remote northwest regions.

His feminine protagonist is Jennifer Kruger, a copy editor from the city, but apparently rugged independent hiker out of her domain when she heads into the mountains with boyfriend and Bigfoot hunter, Carl. After having a fight with him, she has decided she’s had enough of the mountain and should be able to return to base camp on her own.

It is after she’s been lost for days that Lt. Mark “Smokey” Kukup of the Cold River Tribal Police Dept. tracks her and finds her near death hidden back up under a log. Smokey is a widower with a 9-year-old daughter, Laurel, and is a practicing and respected member of his tribe, maintaining a home with his mother and support animals at his ranch site in the beautiful mountains that include scenic views of the mountain peaks of Oregon. Lt. Kukup is a combat veteran and has seen his share of the downside of life.

Jennifer has seen activity on the mountain that she shouldn’t have and together with Smokey begins a violent confrontation with those who would infiltrate both the reservation and the pastoral setting of their mountain community with subversive activity. The terrorists and drug cartel are rich and powerful–it won’t be an easy task.

This was a free download from BookBub and one I’d recommend–the situation definitely gets interesting albeit difficult to imagine how anyone could win. Beautiful descriptions of the Pacific Northwest and tidbits regarding our native peoples. This is number 2 of the series but works well as a standalone. Just enjoy.

(From Amazon Author page) Enes Smith was raised in a house that resembled a library. His work as a homicide detective led to his first two novels, Fatal Flowers and Dear Departed, both published by the Berkley Publishing Group. Crime writer Ann Rule encouraged Smith to finish Fatal Flowers. Rule wrote, “Smith is a cop who’s been there, and a writer on his way straight up. Read this on a night you don’t need to sleep . . . ’cause you won’t.” She also said, “Fatal Flowers will make The Silence of the Lambs seem almost Tame.”

(From Goodreads Author page) Author Enes Smith has been a panelist with Michael Connelly at the Bouchercon, the World Mystery Writers Conference. He has been a homicide detective, a SWAT commander, and on two separate occasions, a tribal police chief. His first novel, Fatal Flowers, was published worldwide by Putnam.