Cape May, New Jersey, is the site of a big culinary competition—and the knives are out . . .

Poppy McAllister is happy about opening a Jersey Shore B&B—but working in a professional kitchen has always been her real dream. Now it’s coming true, at least briefly, as she teams up with her former fiancée, Tim—and his condescending partner, Gigi—during the high-profile Restaurant Week challenge. Poppy’s specialty is pastries, despite her devotion to a Paleo diet. But if anyone can make glorious gluten-free goodies, it’s Poppy.

Things get heated quickly—especially when some ingredients get switched and Tim’s accused of sabotage. Relatively harmless pranks soon escalate into real hazards, including an exploding deep fryer. And now one of the judges has died after taking a bite of Poppy’s cannoli—making her the chef suspect . . . 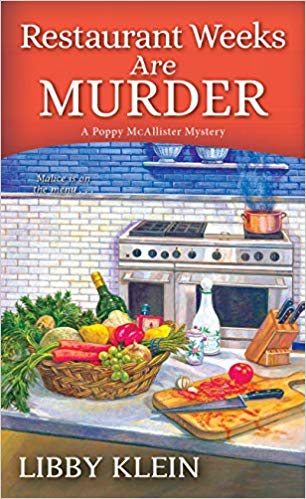 Ms. Klein has ramped up her cooking expertise in Book 3 of her Poppy McAllister series. Poppy and her Aunt Ginny are finishing up the touches on their Butterfly Wings Bed and Breakfast. Tim, Poppy’s one-time fiancé, has asked her to team with him and Gigi in the Restaurant Week Challenge where she will create her specialty desserts and pastries. The competition of seven days comprises three stages that include a “mystery basket” of ingredients and is judged by well-known celebrities, if possibly questionable, local judges and is to be recorded to show on Jersey area daytime TV.

One of the six teams is comprised of Gia, a steamy, mcDreamy Italian for whom Poppy has been supplying some of her pastries for him and his mother’s Italian restaurant. Teams include a head chef, a sous chef, and a pastry chef per each restaurant team. It’s obvious from the beginning that this is a serious competition, each vying for the prize of $10,000 as well as the notoriety, air time, and press. Unfortunately, few of the team members get along with each other and the judges are brutal. So, this being a cozy is not too difficult to guess who will be the victim.

Before the mics are on and the cameras are rolling, there is sabotage (changing labels of food ingredients), bickering, materials are disappearing, and a fight breaking out between two of the competing chefs. You can almost visualize Chef Ramsey delivering a scathing review to one of the dishes as the 10-year-old looks on teary-eyed.

The author’s wicked sense of humor sparks off the characters, including her Aunt Ginny who is up to her usual antics and her naughty kitty Figaro who figures out which judge housed in their B&B is allergic to felines and does his best to make sure she is sneezing and miserable. The dialogue ranges between snarky, hilarious, and believable in an honest conversational tone. The secondary characters work well with the main characters and protagonist providing that tension in a real kitchen competition atmosphere, scrambling to the pantry for their ingredients only to have another chef snatch it out from under them.

The characters have been developed in previous series entries and there is little further fleshing here, although with the plot focus on food could still work as a stand alone. It is a very well paced plot, albeit slow to deliver a victim as the focus is the restaurant challenge and all the outrageous events happening while trying to film each day’s segment concluding with judging scores. Red herrings, twists, and new discoveries every chapter lead to a conclusion you may have guessed, but it’s been fun.

I had two problems, and yes, it is acknowledged that her aunt is an active, saucy octogenarian, but she and her friends were referred to constantly as the “biddies and cronies.” (Ouch) And, the dreaded romantic triangle. (I’m so over it–can we move on now?). Also the judge, “Stormin’ Norman,” weatherman. (Perhaps Ms. Klein is unaware of the scandal that took place in the 80s out west and it did give me icky pause.)

I received this ebook download from the publisher and NetGalley and appreciated the opportunity to read and review. The author has a writing style I enjoy, characters that engage, and I’m looking forward to Book 4. 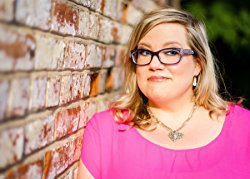 The Author: Libby Klein graduated Lower Cape May Regional High School sometime in the ’80s. Her classes revolved mostly around the culinary sciences and theater, with the occasional nap in Chemistry. She loves to drink coffee, bake gluten free goodies, and befriend random fluffy cats. She writes from her Northern Virginia office while trying to keep her cat Figaro off her keyboard. Most of her hobbies revolve around eating, and travel, and eating while traveling.