I am especially delighted today to provide a review for you on my blog in the Reading Room for The Going Back Portal by Connie Lacy on the Sage’s Blog Tours.

Title: The Going Back Portal by Connie Lacy

The past is a dangerous place in this fast-paced time travel novel…Kathryn Spears is a skeptical producer for a TV investigative news team. So when her grandmother claims a Cherokee Indian woman is living on a neighboring farm, she dismisses it as early Alzheimer’s. Because, obviously, there is no farm nearby. Not in the present anyway. But when she follows Nana’s lead, Kathryn is transported back in time to the year 1840 where she finds a young Cherokee woman left behind when her family marched west on the Trail of Tears.

Forest Water is ensnared in a perilous struggle to keep her ancestral lands against a violent white man who claims the farm, and then claims her as well. Desperate to help her new friend, Kathryn becomes entangled in a battle between good and evil with much higher stakes than she imagines.

Each of these young women falls in love with a man from her own time, but there are threats, both seen and unseen, that could cost them their lives. 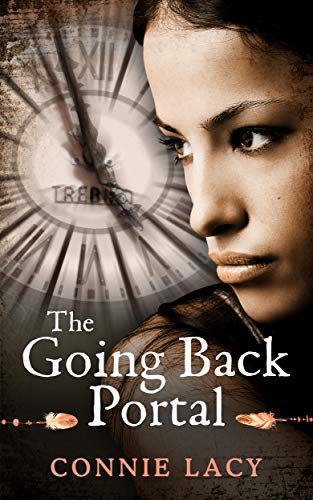 Time travel is such a whimsical thought–haven’t we all given it some consideration? This novel would give you that ride back in time, but more than that, the storyline picks up in 1840 at the time the Trail of Tears takes place, a sad indictment of the government against the native American population of the Cherokee.

Kathryn Spears is a producer for the local TV investigative news team. Her grandmother, Nana informs her that she has a new neighbor on her cottage property, a Cherokee woman with a baby. Because of her infirmity, her mother insists she would not be capable of making the march that her family is facing and she arranges a “marriage” with a white man who will help protect the homeland of her ancestors. Unfortunately, though Isham becomes a beloved husband and father to their baby girl, his unsavory, vicious brother forces his way in and Nana witnesses some of the resulting brutality. She begs Kathryn for help in getting police involvement.

Kathryn, however, is aware that Nana has been slipping and often confuses events or people. She suspects early Alzheimer’s but will accompany Nana to try and find the source of her delusions. They weren’t delusions though and she suddenly finds herself on Nana’s property more than two centuries previous with Forest Water who is struggling to survive the cruelty of Jonah.

The author draws a parallel to the subject scenario of both timelines, that of the sexual predator in her current investigation and Forest Water before her. There are a number of arguments presented with the idea of the grave consequences of messing with history. Is it set in stone? Can it be changed without changing every generation succeeding the event?

The narrative is so cleverly laid out in teasing diary entries that it’s easy to get swept up in the idea of passing through a time portal with the hopes of saving the young woman. Many native American beliefs, customs, and language are shared, the hardships of the time described, and tension mounts as Kathryn continues to make ill-informed decisions (which continued to frustrate me). In the meantime, the romantic interest she discovered through the translation of Forest Water’s diary puts her in unfavorable light when her co-worker suspects domestic abuse with Eric while actually stemming from encounters in 1840.

The twists continue in this well-plotted and fast-paced story, Kathryn battling with her current life situation and that of trying to help a situation far removed from her ability to resolve. Nana had insisted she possessed Cherokee blood and the timeline might indicate a great, great ancestor, in which case, is she messing with her own life as well? Some amazing arguments presented here from the conundrum of whether or not humanitarian issues have been made better or remain the same.

I was given this ebook download by the publisher and Sage’s Book Tours and greatly appreciate the opportunity for the read and review. Refreshingly different, raising more moral questions than can be solved, but for the magical time while reading the book allowing the fantasy that there are unexplainable events to which we may never have the answers. Maybe time travel is one.

Thanks to Sage’s Book Tours and her Reading Room for the opportunity to read and review this most unusual and delightful time travel odyssey! Please suspend your disbelief, enjoy the vision, and check out this one for yourself. 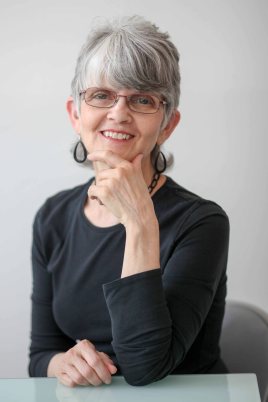 About The Author: [Amazon] Connie Lacy worked for many years as a radio reporter and news anchor, with a couple of brief forays into TV news along the way.  Her experience as a journalist shows up in some of her novels.  She also dabbled in acting in college and community theater. She uses those experiences in some of her books as well.

[Goodreads] Her novels are fast-paced stories featuring young women facing serious challenges set against the backdrop of some thorny issues. She writes time travel, magical realism, climate fiction and historical fiction – all with a dollop of romance.

Growing up, she lived in Japan and Okinawa where her Army dad was stationed. She graduated from the University of North Carolina at Pembroke with a degree in Journalism and Creative Writing. She and her husband live in Atlanta.