‘Mom?’ The word caught in the boy’s throat. She didn’t try to speak, didn’t roll towards him. She didn’t move at all.

In the middle of the night, fourteen-year-old Samuel is woken by the sound of a terrified scream from the kitchen of his home on a quiet street. The police – finding him sobbing on the kitchen floor, cradling his mother’s lifeless body – hit a dead end before the investigation has even begun: because although he witnessed the murder, Samuel is blind.

But when Detective Jessica Daniel meets the boy, the way he uses just his sense of sound to accurately locate her hand to shake it convinces her that this clever young teenager could hold the key to the entire case. Her team disagrees, but Jessica will do whatever it takes to get justice for the innocent.

Samuel’s description of an intruder he heard walking with a limp leads Jessica to an isolated seaside town, where a well-liked local man has been missing for days. Breaking into his house, Jessica finds him lying flat on the bed, a bullet wound under his chin.

Digging into the victim’s work records, Jessica uncovers a secret he shared with Samuel’s mother, and it’s clear she was terrified for her son’s safety. As Jessica pushes the boundaries to get closer to the truth, her most trusted colleague warns that she needs to watch her step… but Jessica won’t stop until she’s found the killer. Her career may be on the line, but so is Samuel’s life.

An absolutely unputdownable thriller, packed with twists and turns, perfect for fans of Robert Dugoni, Rachel Caine and Kendra Elliot. A Cry in the Night is just one of the many page-turning reads in the Jessica Daniel series. Each can be read as a standalone.

I really like Jessica Daniel. She feels genuine. She pushes boundaries, has her gains and losses, but is generally an efficient detective inspector who gets her man (or woman, as the case may be). She reminds me somewhat of the character Danny in Blue Bloods–edgy but effective. It may be her droll sense of humor, that biting wit, that lightens the sensitive issues, but she can usually detect the line drawn that shouldn’t be crossed.

In Book 15, there is a blind fourteen-year old who “witnesses” the violent death of his mother. He is a keen observant who uses echolocation that helps him share the scene with the police. While Jessica had not actually seen the phenomenon before and has some misgivings as to how accurately his descriptions are, she is nonetheless impressed.

There is also something else, unrelated to the cases she and partner Detective Constable Archie Davey are handling. Archie is acting weird, causing tension between the two of them, blowing hot and cold. What is going on with him?!

Author Wilkinson weaves a clever, suspense-driven and well-plotted storyline focusing on Jessica and investigation progress, but again, for me, it’s the characters and the free and easy prose-filled descriptions given to them as well as the people of Manchester that drive the story. The banter between characters lends the authentic feeling of overhearing their actual dialogue. The depiction of Grimsby is priceless. (My grandfather spent a year fishing with the men there and dedicated his book Sons of the Sea to them.)

The conclusion results in a mixed bag of explanations, anxiety, and strongly hints at the story arc for Book 16, along with cliffhanging situations that resulted in my going back to see if I’d missed a page, that last one being so abrupt. The cliffhanger is a douzy and while this one may function fine as a standalone, you may wish to get this one for sure so you will be ready for Book 16.

I was given this digital download by the publisher and NetGalley and greatly appreciated the opportunity to read and review. I really enjoy this series, love these characters, and now anxiously looking forward to Book 16…what happens??!

The Author: Kerry Wilkinson has had No.1 crime bestsellers in the UK, Australia, Canada, South Africa and Singapore. He has also written two top-20 thrillers in the United States. His book, Ten Birthdays, won the RNA award for Young Adult Novel of the Year in 2018.

As well as his million-selling Jessica Daniel series, Kerry has written the Silver Blackthorn trilogy – a fantasy-adventure serial for young adults – a second crime series featuring private investigator Andrew Hunter, plus numerous standalone novels. He has been published around the world in more than a dozen languages.

Originally from the county of Somerset, Kerry has spent far too long living in the north of England, picking up words like ‘barm’ and ‘ginnel’.

When he’s short of ideas, he rides his bike, hikes up something, or bakes cakes. When he’s not, he writes it all down.

New Review-What Divides Us: The Kilteegan Bridge Story–Bk 2 by Jean Grainger. Well-plotted. fast-paced storyline that grips from the beginning and stuns the soul as it reveals brutal and shocking truths.
New Review-Lucy by the Sea by Elizabeth Strout. The author is a very gifted writer who did not leave the central theme of her story throughout the read. She develops a character who is hell-bent on being unhappy throughout her life. This centralized dogma thoroughly confounded me as a reader. I have never read such a singularly minded character before. Life is tedious when every day adds more misery to an already dreary existence. The author developed a dark and sensitive MC living a noir-esque setting. I kept hearing that old Buck Owens song, “Gloom, despair and agony on me..." A CE review.
New Review-Dog Friendly by Victoria Schade. A burned-out vet ready to take on a private and anonymous gig on Nantucket Island to care for a doggy with health issues. Atmospheric, sweet, fast, and engaging read. Lots of doggy fun and contemporary romance. Just the right amount of tension. Not just a beach read—a #feelgoodfiction. You gotta love that cover. You deserve this book.
New Review-The Quarryman’s Girl by Melanie Forde. Beautifully written literary fiction with characters that swell the papers with realism, descriptions of displaced French Canadian, Rose Dowd. A unique story that scrutinizes senior cognitive decline, betrayal, aspirations, and, hopefully, reconciliation. The story is full of emotion, raw, alternately filled with wry pops of humor. It’s written in an intelligent, sensitive, and articulate style that pulls in the reader and doesn’t let go. The conclusion is both heartbreaking and tearfully satisfying and is heartily recommended. Not just family drama. Truly literary magic. A #mustread
New Review-The Ways We Hide by Kristina McMorris. Fenna is an associate of a stage magician who works to develop escape acts and is one of the best at misdirection. World War II finds her working in a clandestine group called MI9. Their objective is to provide ways to help allied prisoners escape Nazi prisoner of war camps. The author pulled together information regarding female operatives during World War II in a most engaging novel. The success of this lady in a male-dominated world is nothing less than spectacular. The resultant book is a great tribute to the millions of women who worked unheralded and unrecognized during the second world war. 5 stars – CE Williams
Sometimes the directions from Chinese sellers are hard to follow. This gadget looks like it'll be very handy but like many of the products I review, I won't be following these either. 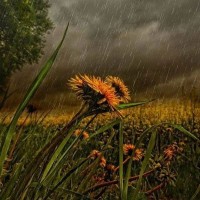