In the year 1398 A.D., Lady Goharshad and her husband, King Shahrokh, come across an ancient manuscript in the ruins of Karakorum, the Mongol capital. The manuscript chronicles the era of Mongol invasions with entries by three princesses from China, Persia, and Poland who are captured and brought to the Mongol court.

After being stolen from her family at the Tangut Emperor’s coronation, Princess Chaka, the Emperor’s youngest daughter is left with no choice but to marry Genghis Khan. Thus, the Tangut join Genghis as allies. She is the first to secretly chronicle the historical events of her time, and in doing so she has the help of an African eunuch by the name of Baako who brings her news from the war front.

Princess Reyhan is the witty granddaughter of the last Seljuk King in Persia. She is kidnapped by Ogodei, Genghis’s son and heir, who falls in love with her. The romance does not last long, however, since a Mongol beauty wins Ogodei’s heart, and Reyhan is sidelined. Reyhan continues the tradition of recording the events in secret, turning her entries into tales.

During the Mongol invasion of Poland and Hungary, Princess Krisztina, niece to Henry the Pious, is taken as a prisoner of war by the Mongols. Reyhan learns about Krisztina’s predicament through Baako and asks Hulagu, Genghis’s grandson, to help free her. Krisztina has a difficult time adjusting to life in Mongolia, and at one point she attempts to run away but is unsuccessful. When the child she is bearing is stillborn, the Mongol court shuns her. She is able to return to her homeland in old age but comes back to Karakorum and writes her final entry in the journal.

Through beautiful language and powerful storytelling, this fact-based historical novel lays bare the once far-reaching and uncompromising Mongol empire. It shows readers the hidden perspectives of the captive, conquered, and voiceless. It brings to light the tremendous but forgotten influence of Genghis Khan and his progeny, while asking readers to reconsider the destruction and suffering of the past on which the future is built.

(A novel of Mongol Conquest)

Expansion of the Mongol Empire as told through the eyes of a hopeless romantic! (me) My reading of this tale reminded me of Arabian Nights and Alibaba and the Forty Thieves. Ms. Deemyad sees this period through the eyes of the women who were married to Genghis Kahn and his offspring. Told from a woman’s point of view makes the overall tale a tender and heart-breaking story of the time.

Greed and the desire to improve the lives of his people was one of the hallmarks of Genghis Kahn’s military exploits. Europe during the 12th to 14th centuries was a contrast in those that had and those that were destitute–the majority of the population falling into the latter category. It is postulated that 10% of the people of this planet can trace genes back to Genghis Kahn and his offspring.

Sky worship was the primary belief system of the Mongols. Lightning storms and frequent rains were the norm in the areas they controlled. However, Genghis Kahn showed real compassion towards other cultures by not forcing his religion upon the lands he conquered. Certainly, this is not the case with most of the other cultures in the world. Muslims having anger towards Christians who have fostered a hate of the Jews because of the death of Christ are but a few examples.

The building of large mosques and cathedrals are examples of the tolerance shown by the Mongols to their conquered lands. Today’s inter-religious conflicts could learn from this example. The laws imposed by the Mongols on the conquered are another story. Talking back or having a different point of view or suggestion for an upcoming campaign could result in the death of the person bold enough to suggest an opinion other than that of the current ruler.

This book and its’ writer immerse the reader in the culture and events of the time. Hoping that some of the more compassionate characters will survive leads to disappointment. The strongest in the Mongolian culture were the survivors. Young ladies of privilege and comfort stolen from their families and forced to marry warlords were the norm. Yet some of them came to know and respect the kidnappers that changed their lives forever.

Wrapping the book up in the mystique of a secret historical document chronicled by these very abductees added credence to the overall dynamic. I can whole heartedly recommend this book to anyone who wants to follow the exploits of the Mongols in both Asia and Europe. It’s a well-plotted, paced narrative with sympathetic characters. Currently on pre-order. 5 stars – C.E. Williams

FTC Disclosure: I received a complimentary review copy of this book from NetGalley through Colin Mustful at History Through Fiction. These are my honest thoughts. 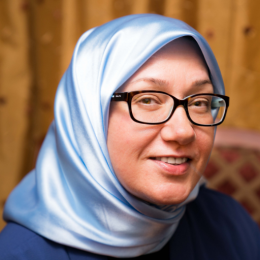