“According to Napoleon, in victory you deserve champagne, in defeat you need it.”

In 1949, during her junior year abroad in Paris, Jacqueline Kennedy Onassis 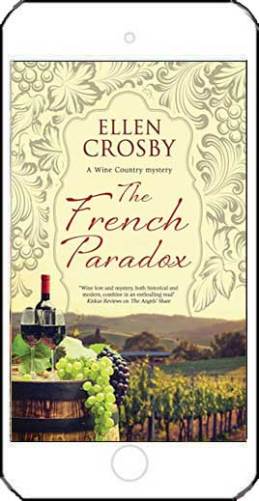 Seventy years later, Cricket Delacroix, Lucie’s neighbor and Jackie’s schoolfriend, is donating the now priceless paintings to a Washington, DC museum. And Lucie’s grandfather is flying to Virginia for Cricket’s 90th birthday party, hosted by her daughter Harriet. A washed-up journalist, Harriet is rewriting a manuscript Jackie left behind about Marie-Antoinette and her portraitist. She’s also adding tell-all details about Jackie, sure to make the book a bestseller.

Then on the eve of the party a world-famous landscape designer who also knew Jackie is found dead in Lucie’s vineyard. Did someone make good on the death threats he’d received because of his controversial book on climate change? Or was his murder tied to Jackie, the paintings, and Lucie’s beloved grandfather?

I always enjoy these entries to the wine country mysteries, as I’m assured of learning new facts about viticulture and the historical areas of Virginia. In this episode, protagonist Lucie Montgomery (owner with her family of the Montgomery Estate Vineyard) discovers a DB (dead body) in her fields—the guy she was supposed to have met to consult about problems with her sickly grapes. 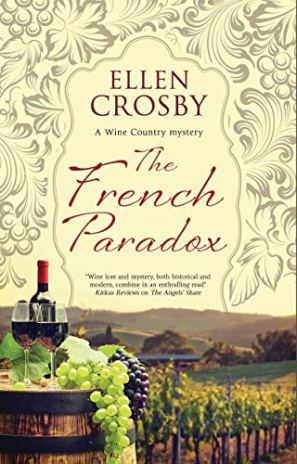 Her winemaker-fiancé Quinn is quick to provide support, but it’s just one of several threads and I’m still trying to decide whether or not I like the Jackie Kennedy inclusion. She is also anticipating the arrival of her 93 year old French grandfather for a birthday celebration with a local friend. There are enlightening discussions on the impact of climate change to certain grapes and a comparison of GMOs with hybrids. Additionally, a major sub-plot involves the daughter of her birthday friend and the big reveal regarding her book and the early women art masters tied into the mystery of Jackie O.

The well-plotted narrative delves deeply into the family drama anticipation of a mini-family reunion with her beloved grandfather and her artistic sister’s commission for the art exhibition that will feature renown paintings tied to the books’ announcement.

I really loved The Angel’s Share and Harvest of Secrets but the pacing of this series entry was a bit slow for me and my attention waned. I suppose in the end, part of my enthusiasm this time was the Jackie thread. Not a lot of elements of a cozy, listed as a traditional detective mystery—but didn’t feel that vibe either. Still, these can all be considered standalone and I’ll be looking forward to the next one.

FTC Disclosure: I received a complimentary review copy of this book from the publisher and NetGalley. These are my honest thoughts. 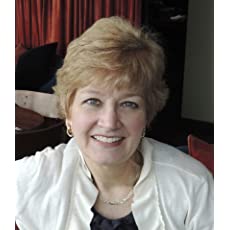 The Author: Ellen Crosby is the author of the Virginia wine country mysteries, two mysteries featuring international photojournalist Sophie Medina and MOSCOW NIGHTS, a standalone. THE FRENCH PARADOX, the 11th book in the wine country series will be out 1/29/21 in the UK, 4/6/21 in the US and 3/1/21 as an ebook. Before writing fiction, Crosby–who has lived in England, France, Italy, Spain, Switzerland, and the former Soviet Union–worked as a freelance reporter for The Washington Post, an economist at the US Senate, and Moscow reporter for ABC Radio News. Visit her website at http://www.ellencrosby.com and follow her (very) occasionally on Facebook at EllenCrosbyBooks, sometimes on Twitter at @ellencrosby–but mostly on Instagram at ellencrosbyauthor. She also writes an erratic (but interesting) newsletter.

New Review-Hell’s Half Acre (Coffin Cove Mysteries Bk 2) by Jackie Elliott--In the plans to regenerate the town, they will repair, rebuild, and modernize, but Coffin Cove has a dark past that includes biker gangs, drugs, and murder. There are stories, unfortunate and sad, that haunt the village, unsolved, that continues to linger like a pall over the residents. Ricky’s body isn’t the first to be found but it does seem to have set off a spate of retributions. I enjoyed the historical aspects of the location, descriptions of the area, the immersive characters. Released today!⁠
New Review- The Big Gamble (Dev Haskell Private Investigator Book 28) by Mike Faricy-Dev is investigating why two of Fat Tubby’s establishments were robbed. Everyone knows you do not cross Fat Tubby.⁠
TV Netflix movie The Guernsey Literary and Potato Peel Pie Society vs #Audiobook by Mary Anne Shaffer and Annie Barrows – My shocking reaction to the novel. We watched the movie first and just recently discovered the audiobook in my favorite handy dandy audiobook library selection. I had NO idea it is an epistolary fiction novel--that is--letters. The whole narrative written in the form of exchanges of letters. Bestselling novel published ten years ago, tons of reviews all over the board. Do you like that form of novel? Do you enjoy that style of book? Which did I enjoy the most? The movie or the novel? Did you both read and view the movie? ⁠
New Review-A Trail of Lies by Kylie Logan-(A Jazz Ramsey Mystery Book 3)-- I like the protagonists’ dogged character—she WILL get answers. She is training Wally, a 7 mo Airedale terrior to be a HRD dog. Interference comes with her boyfriend's mother who believes she saw her dead son in the back yard. But she is an alcoholic and difficult to take that very seriously. Even Wally can't find a body. But then one shows up--oops. Smart dogs and the people who train them. I enjoy this series--slightly more serious than a cozy genre, characters still being developed and new dog to work with. Now on pre-order.⁠
Dry Bones: A Longmire Mystery (Walt Longmire Mysteries Book 11) by Craig Johnson- You can’t go wrong with a Longmire episode. Strong, dynamic characters, atmospheric and fast-paced. Each can be read as a standalone but you'll want to get to know the characters and the author's dry but wild sense of humor. This entry to the series nails the custody battle of the discovery of T-rex bones--on private reservation land--and what happened to the owner of the property. My 5 stars.⁠
New Review-Her Three Lives by Cate Holahan—Serious lack of communication, May-December couple, horrific circumstances. Successful individuals. How will they deal with this attack? Her public, her private, her secret life. Will one or more do in this romance with the fiftyish architect? He now has trust issues and they've both been traumatized. Can Jade confront and resolve all three lives? Out now.⁠