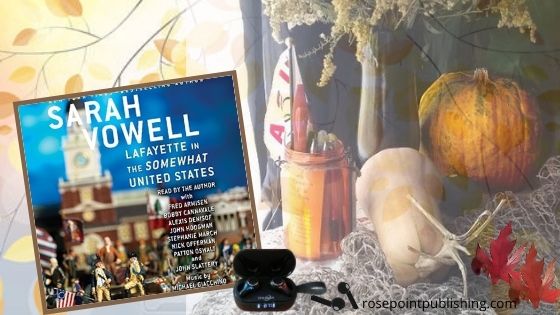 From the best-selling author of Assassination Vacation and Unfamiliar Fishes, a humorous account of the Revolutionary War hero Marquis de Lafayette – the one Frenchman we could all agree on – and an insightful portrait of a nation’s idealism and its reality.

On August 16, 1824, an elderly French gentlemen sailed into New York Harbor, and giddy Americans were there to welcome him. Or, rather, to welcome him back. It had been 30 years since he had last set foot in the United States, and he was so beloved that 80,000 people showed up to cheer for him. The entire population of New York at the time was 120,000.

Lafayette‘s arrival in 1824 coincided with one of the most contentious presidential elections in American history. Congress had just fought its first epic battle over slavery, and the threat of a Civil War loomed. But Lafayette, belonging to neither North nor South, to no political party or faction, was a walking, talking reminder of the sacrifices and bravery of the revolutionary generation and what they wanted this country to be. His return was not just a reunion with his beloved Americans; it was a reunion for Americans with their own astonishing, singular past.

Lafayette in the Somewhat United States is a humorous and insightful portrait of the famed Frenchman, the impact he had on our young country, and his ongoing relationship with instrumental Americans of the time, including George Washington, Alexander Hamilton, Thomas Jefferson, and many more.

Add me to the list of those who thought I knew something about the Revolutionary war—particularly owing both myself and the CE had ancestors who fought—and must have obviously survived. 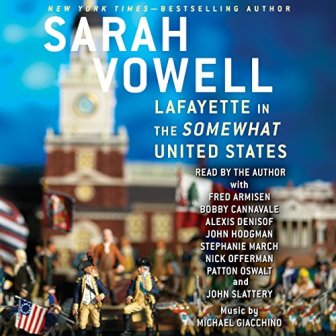 My question after listening to this audiobook is how in the world did we EVER win our independence? Only, in no small part, to those countries who also either had no affinity for dear ole England themselves, or the English after eight years (which I also didn’t realize) was being bankrupted. Certainly a resulting factor for the massive help from the French king Louis XVI, who himself was guillotined in 1793.

We were certainly an ungrateful bunch. Tired of the monarchy, the Red Coats, the taxes, and lack of freedom. King George III absolutely refused to surrender the colonies. The fledgling Americans decided he would. Period.

The author is a surprise. When the audiobook started with that unusual voice narrating, I thought “you gotta be kidding” expecting the narrator to change. It did, frequently, but only to inject many of the other voices listed to portray another of the main characters of the war. Her delivery is beyond droll and it’s necessary to pay close attention because much of her zingers, sarcastic wit, often comparing or contrasting present day history comes through in contemplative conversation.

I had no idea that the Marquis de Lafayette, who came over strictly as a volunteer at the age of eighteen, rose in the ranks to establish himself so completely in the successful strategy of our battles. As has been noted previously, American troops were starving, lacking boots or proper winter clothing, materiel, or training.

For awhile, the narrative seemed to follow no one pattern, chronological or otherwise, until it settled down somewhat while she followed a specific tour of well-known battlegrounds and skirmishes and describing despicable conditions, noting at one point, “who needs to pay for gun powder when heat stroke kills for free.” Or at well known Valley Forge where more than 2,000 died owing to catastrophic winter conditions alone.

That cynical sense of humor comes through when she notes the horrific Battle of Brandywine (September 11, 1777) resulted in “random rattled fleeing…struggling to put the toothpaste back into the tube.”

I enjoyed learning about Lafayette, given the writing style, not wholly a dry history lesson and more certainly the contemporary observation and connections made, one referring to Lafayette Square across from the capitol in DC.

The author’s writing style might not appeal to everyone, nor her often sense of irony dispensed in conversational fashion. However, it is entertaining, educational, and enlightening. I learned a lot and will be looking for more of her history audiobooks. 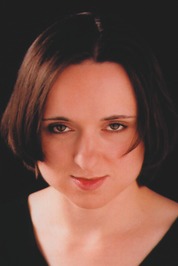 The Author: Sarah Jane Vowell is an American author, journalist, humorist, and commentator. Often referred to as a “social observer,” Vowell has authored several books and is a regular contributor to the radio program This American Life on Public Radio International. She was also the voice of Violet in the animated film The Incredibles and a short documentary, VOWELLET – An Essay by SARAH VOWELL in the “Behind the Scenes” extras of The Incredibles DVD Release.

She earned a B.A. from Montana State University in 1993 in Modern Languages and Literatures and an M.A. in Art History at the School of the Art Institute of Chicago in 1996. Vowell received the Music Journalism Award in 1996.

Vowell is a New York Times’ bestselling author of five nonfiction books on American history and culture. Her most recent book is Unfamiliar Fishes (2011), which reviews the takeover of Hawaii’s property and politics first by white missionaries from the United States and later joined by American plantation growers, ultimately resulting in a Coup d’état, restricted voting rights for nonwhites, and forced statehood for the small chain of islands. Her earlier book, The Wordy Shipmates (2008), examines the New England Puritans and their journey to and impact on America. She studies John Winthrop’s 1630 sermon “A Model of Christian Charity” – and the bloody story that resulted from American exceptionalism. And she also traces the relationship of Winthrop, Massachusetts’ first governor, and Roger Williams, the Calvinist minister who founded Rhode Island – an unlikely friendship that was emblematic of the polar extremes of the American foundation. Throughout, she reveals how American history can show up in the most unexpected places in our modern culture, often in unexpected ways.

Her book Assassination Vacation (2005) describes a road trip to tourist sites devoted to the murders of presidents Lincoln, Garfield and McKinley. Vowell examines what these acts of political violence reveal about our national character and our contemporary society.

Her writing has been published in The Village Voice, Esquire, GQ, Spin, The New York Times, Los Angeles Times, and the SF Weekly, and she has been a regular contributor to the online magazine Salon. She was one of the original contributors to McSweeney’s, also participating in many of the quarterly’s readings and shows.

In 2008, Vowell contributed an essay about Montana to the book State by State: A Panoramic Portrait of America.

Stanley has
read 65 books toward
her goal of
180 books.