Stranded in the Alaskan wilderness with three violent prisoners, Supervisory Deputy US Marshal Arliss Cutter becomes the hunted in a desperate fight for survival . . .

After an early spring thaw on the Alaskan coast, Anchorage police discover a gruesome new piece of evidence in their search for a serial killer: a dismembered human foot.

In Kincaid Park, a man is arrested for attacking a female jogger. Investigators believe they have finally have their suspect. But one deputy is sure they have the wrong man.

In the remote northern town of Deadhorse, Alaska, Supervisory Deputy US Marshal Arliss Cutter escorts four very dangerous handcuffed prisoners onto a small bush plane en route to Fairbanks. Cutter’s expecting a routine mission and a nonstop flight—or so he thinks. When the plane goes down in the wilderness, all hell breaks loose. The prisoners murder the pilot and a guard and torch the plane. But their nightmare’s just beginning. Back in Anchorage, deputy Lola Teariki has traced the dismembered foot to a missing girl—and the serial psychopath who slaughtered her.

Now it’s a deadly game of survival. With no means of communication, few supplies, and ravenous grizzly bears and wolves lurking in the shadows, Cutter has to battle the unforgiving elements while the killer wants his head on a stick. Here in Alaska, nature can be cruel—but this time, human nature is crueler. . . .

The unsolved crimes are the ones that bother them most. Arliss Cutter has a number of them and these haunt them even as he is dealing with new issues. This novel examines dual plots. 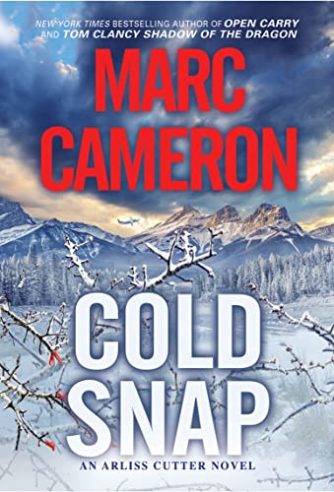 A Russian ship sailing off the Alaskan coast has engine trouble and is stopped near a U.S. territorial buoy. Aboard the ship is 300 smuggled adorable puppies which will fatten the captain’s purse immensely. The problem is there are no papers for importing the puppies.

Female body parts are washing up on Alaska’s shoreline. There are no hands with fingerprints to identify the victims. Because the crime happened in international waters the U.S. Marshal Service has jurisdiction over the crimes. The victims are known prostitutes from the Fairbanks area but some of the young ladies have no history in Alaska at all. They are probably young runaways who came to Alaska to change their lives, a bad decision.

Transporting prisoners from Anchorage to Fairbanks is part of Arliss’s detail. The prisoners are some of the lowest of society. Arliss has escorted more than three at a time before but these are extremely despicable. The bush pilot who is taking them to the prison decides to alter his course slightly to check on his lady friend who is in an isolated camp 30 miles off course. What could go wrong?

Marc Cameron writes a very engaging tale of three crimes and some very egregious convicts. They will do anything to get free including killing a bush pilot and accidentally destroying the plane. They make life in the bush miserable for the entourage escorting the prisoners. Reading this book made me question the death penalty. Why federal custody for the rest of their lives?

Could one of these three be the killer who is brutally murdering the young women? Read this narrative at your own risk. 4.5 stars – C.E. Williams

We read and reviewed other entries to this series, including Book 3, Bone Rattle, and always find them action-packed and fast-paced. It’s gripping but this one tackles a brutal plot that became a bit graphic for me.

We received a complimentary review copy of this book from the author and publisher through NetGalley that in no way influenced this review. These are his honest opinions. 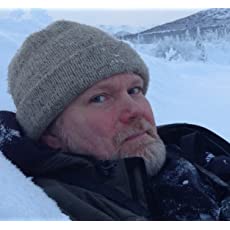 The Author: A retired Chief Deputy U.S. Marshal, Marc Cameron spent nearly thirty years in law enforcement. His assignments have taken him from Alaska to Manhattan, Canada to Mexico and dozens of points in between. He holds a second degree black belt in Jujitsu and is a certified scuba diver and man-tracker.

Cameron lives in the Alaska with his wife, blue heeler dog, and BMW GS motorcycle. Visit him at: http://www.marccameronbooks.com 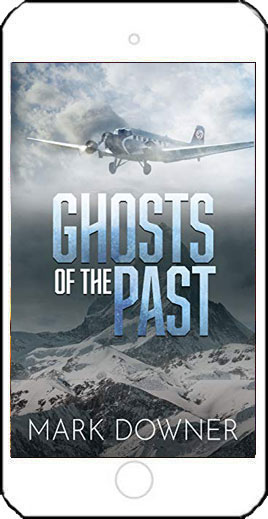 In the spring of 1945, on the eve of the Allied victory in war-torn Europe, an unmarked German transport plane crash lands deep in the rugged Swiss Alps, and with it is buried one of the greatest single collections of World War II stolen artwork never recovered. Lying undisturbed in its rocky tomb for over half a century, a family member’s deathbed disclosure and war memorabilia hold the key to the existence and dormant location of this incredible treasure. Subsequently, one man’s quest to locate the crash site is unwittingly exposed, and the race to recover the find of a lifetime becomes a fast-paced, action-packed adventure that weaves together an eclectic cast of characters in an international web of intrigue, murder, mystery, and surprise.

American advertising executive Matt Ferguson, determined to track down his great uncle’s mysterious legacy, enlists the help of a beautiful art expert, Courtney Lewis. They immediately become embroiled in a local murder investigation that draws them together to save not only a piece of history but ultimately their lives. Pursuing them is a cold-blooded killer and his henchmen, representing the past and present generations of the German Nazi party, and also gangsters dispatched by a multi-millionaire South American boss, whose passion is acquiring art by any means necessary. As Ferguson and Lewis struggle and maneuver to stay one step ahead of their pursuers, their relationship swells through ups and downs of trust, mistrust, mutual attraction, deception, and, finally, shared mission.

The dogged persistence of a city homicide detective determined to solve a triple murder, and his ability to knit together an international police effort as the scope of his investigation explodes, are the last component affecting the thrill of the chaotic chase and the excitement of the climax.

As World War II comes to a close, two flyers from Germany are engaged to make a special flight to Switzerland by none other than Hermann Goering! This starts a saga of immense value and hair-raising discovery. Mark Downer creates a narrative with the efficiency of a master fly fisherman. Information from a dying uncle sets Matt Ferguson on the quest of a lifetime. 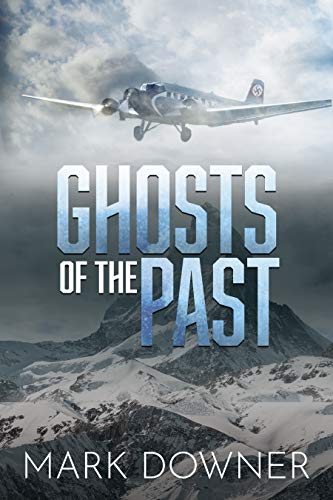 An immense treasure of purloined art is hidden away in the mountains of Switzerland. Not by design but by a fortuitous accident as the treasure is being flown to Switzerland by two young shanghaied German Luftwaffe pilots. The transportation of art objects is at the personal bequest of Reichsmarshall Hermann Goering himself. A chance meetup with a US fighter pilot results in a crash landing of the German plane prior to arriving at the airport in Switzerland. The plane and its’ crew remain in hiding sitting out the rest of the second world war.

The quest begins at the dying bed of Max Hignite, the German pilot in question. His nephew, Matt Ferguson, is given a map drawn on the back of the cargo manifest by Max. Two pieces of art are in Max’s safe and are authenticated by assistant curator Courtney Lewis and her contacts at the Speed Art Museum. The two small paintings are valued and insured at $4,000,000. Courtney and Matt set out to find the treasure and have it distributed to the rightful family owners. The problem is that the curators who helped verify the authenticity of the paintings are interested in the rest of the shipment and as Matt and Courtney begin the quest, they start an international conspiracy to obtain the balance of the valuable cargo.

Matt and Courtney are not well versed in clandestine operations. They are followed by some very rich and powerful individuals who want to control the artifacts. They are followed discretely by operatives whose sole purpose is to gain ultimate control of the entire cargo. Keeping the two of them alive is not really a concern to the criminal element wanting to own the cargo.

Mark Downer has put together a quick engaging read with a number of twists and turns that are very entertaining. The book took center stage in my daily activities until I finished it. You will find the story well-plotted and paced although at times predictable. I highly recommend it for a quick and satisfying read! 5 stars – CE Williams

FTC Disclosure: I received a complimentary review copy of this book from publisher through NetGalley. These are my honest opinions.

The Author: (Barnes & Noble) Mark Downer was born and raised in Louisville, Kentucky. After graduating from the University of Kentucky with a degree in Journalism, he has spent the last 30 years in executive level marketing, sales and management. He currently owns and operates a transportation and logistics company in Louisville, where he resides with his wife and three children. Ghosts of the Past is first novel.

NB: This novel was originally published in 2014 under the same name.