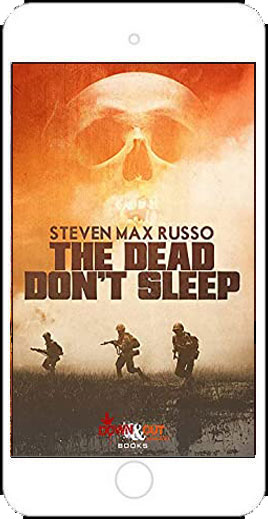 Frank Thompson, a recent widower and aging Vietnam veteran is down from Maine visiting his nephew, Bill, and his family in New Jersey.

While at a trap range, he and his nephew have a chance encounter with a strange man who claims to remember Frank from the war.

That night, the windows in Bill’s home are shattered along with the quiet peaceful lives the two men had been living.

Three veterans from a special combat unit directed by the CIA during the Vietnam War have gathered to discuss what they are going to do about a man they claim killed one of their own over forty years ago.

Jasper, Birdie and Pogo were part of a team that called themselves the National League All Stars. They were a squad of psychopathic killers trained by Special Forces to cause death and mayhem during the war. Now, they have banded together to hunt down and kill the professional soldier who led them all those years ago.

Drawing on his military training and a resurgent bloodlust from his tortured past, Frank prepares for a final, violent reckoning that will bring him full circle with the war that never left him.

Vietnam was a very ugly affair. Clandestine operatives from the NSA and CIA interspersed with highly trained military operatives make for strange bedfellows. Russo portrays some of those individuals as damaged and living in the past. The hero, Uncle Frank, has moved to remote Maine to keep himself distanced and away from that past.

Visiting his nephew after his wife’s passing, he has a chance encounter with some of the people he served with. Like most veterans, Uncle Frank does not share or talk about his past. However, there are others who cannot forget that war and continue to hold grudges, even after 50 years.

Testing of psychedelic drugs on some of our military was common during that war. Many ex-military cannot leave the hallucinogens alone. Amphetamines and other drugs used to help the soldiers stay sharp and awake are integrated into this story. Also, bad intelligence leads to the death of many innocent villagers. Regrettably, some of our troops become psychotic in an attempt to stay alive.

This plot becomes explosive as three former soldiers decide to kill Uncle Frank. They have not abandoned their ruthless procedures. They spread mayhem into Maine as they attempt to exact revenge against “Turd Man,” their name for Uncle Frank.

Mr. Russo masterfully spins military strategies into both the antagonists and Uncle Frank’s character. Life becomes very cheap as the three try to exact their revenge. The mindset of the characters is developed with precision. Uncle Frank falls back on his military training and sets up a defensive perimeter to protect himself.

The development of this story is enlightening and tragic. I recommend it to all who are contemplating a military career. Our soldiers have a very difficult task and as warfare becomes more technical and complex; survival becomes much more difficult. Set aside a block of time to read this book because you will not want to put it down.

We were given the digital download after a read request fro the author in exchange for a review and these are my honest opinion. 5 stars CE Williams

The Author: Steven Max Russo (no bio listed on Amazon or Goodreads) 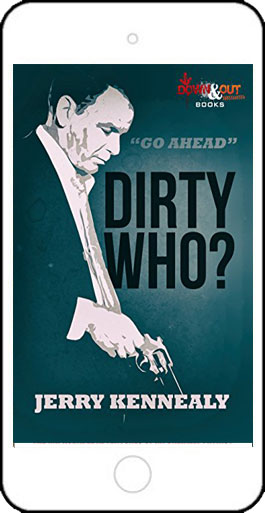 Publisher: Down and Out Books

I’ve touched on the subject of the “hardboiled” genre of mystery-thrillers before, and here is a perfect example–even to the iconic profile of Sinatra. END_OF_DOCUMENT_TOKEN_TO_BE_REPLACED