Today I am thrilled to participate in the book Tour for The Spiritual Adventures of Russell the Dog by Trisha Watson, a unique, powerful expression of reincarnation, karma, grace, & forgiveness.

By reading this newly released book for the dog lover’s soul, you
are about to take a remarkable journey through the eyes of Russell the
dog. At times you will find that reading about his spiritual adventures
takes an open mind, and a willingness to laugh and cry. By choice,
Russell has come into this life with a unique dual purpose: to
experience his present lifetime as a dog and to review his previous
lifetime as a man. His journey is multidimensional; taking him through
numerous challenges triggering a spectrum of emotions which he resists.
One of his special abilities is to telepathically hear and communicate
with other animals, his Spirit Guides, and even people when necessary
for his growth. In the process, Russell learns about reincarnation,
karma, grace, unlimited thinking, and forgiveness – all from a dog’s
point of view and that of a soul who has had many previous human
lifetimes.

You’ve heard that many times, but canines have such an impact on our lives and such a strong attachment to the human spirit, it’s almost easy to see Russell as the spiritual journey he is intended to be in this strong metaphysical romp.

Russell is a medium sized scruffy dog of interesting heritage. But Russell is not just a dog. He’s a conduit for the soul through which he’s been transformed into the physical and it’s his turn to finally and resolutely seek answers. While Russell the dog may not have been here before, his soul certainly has, and it is this journey for which you’ll become embroiled.

The engaging story of a puppy born into “the Pit,” as he describes it, is  fraught with stories of hunger and constantly being on guard. The dangers are many. Becoming a rescue and finding a forever home, he begins the excursion into a succession of reincarnations. Each story may help explain the who and why of his soul, dissecting fears, confronting failures and learning to forgive himself and others, and finally love. All is directed toward growth.

The storyline is told in an easy, informative way, that quickly and totally immerses the reader in the philosophy, regardless the perspective from which you begin. Amazingly, it all begins to make sense. Russell’s spirit guides are familiar, patient, loving, and kind as they casually direct him to his next revelation and ease him from pain to enlightenment.

Flashbacks to Paul Coelho’s book The Alchemist but this gentle tale seems so much easier to swallow, digest, understand, and champion. And so many beautiful passages of prose…

“If he doesn’t succeed in reviewing his previous life, he will likely choose to return to a suspended state, leaving his soul’s growth stifled…”

“You did not fail but only revealed what you had not yet mastered.”

What is revealed in conclusion may come as a surprise to some readers, but with the strong mantra of connectedness, not unexpected. Powerful, immersive, and thought-provoking on many levels. Totally recommended. 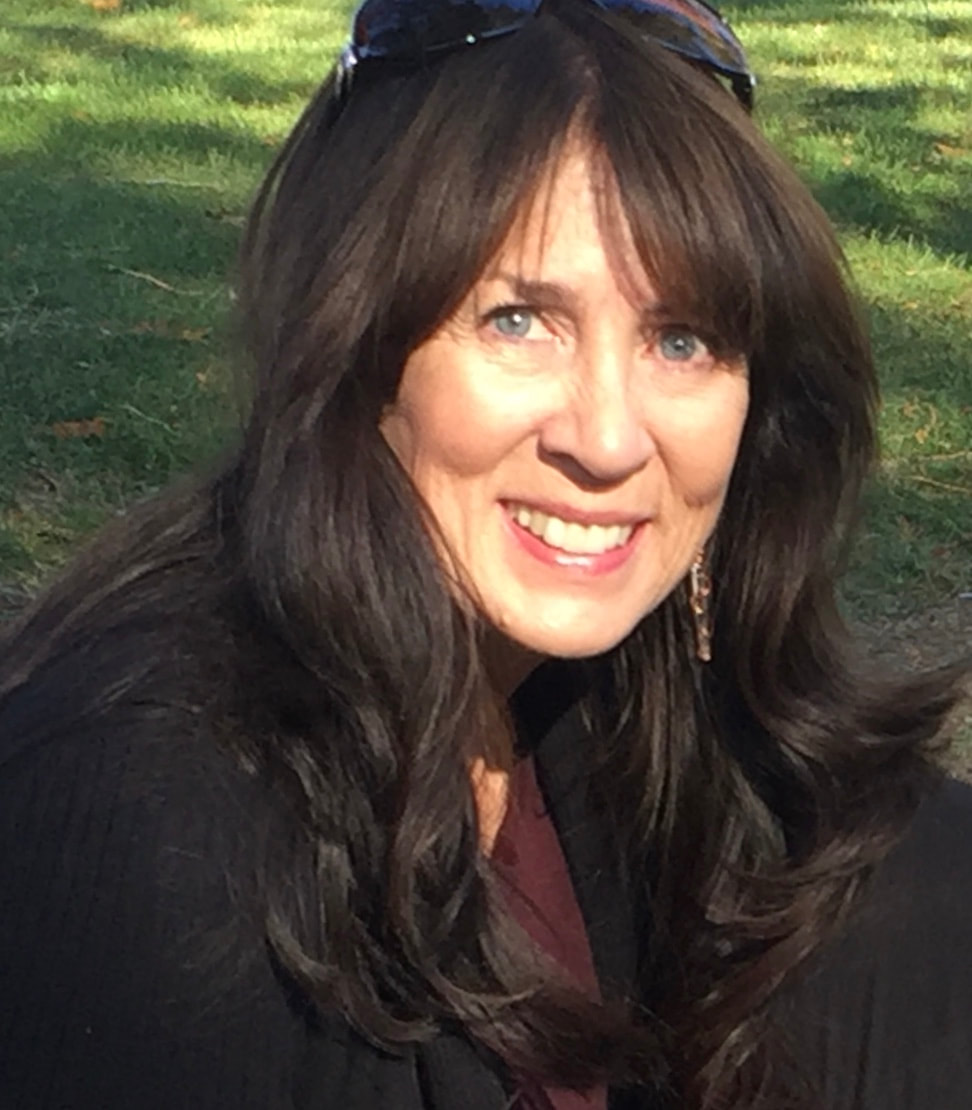 Trisha Watson has a reverence for life, nature, and compassion for those
in need, including, and especially animals. Of course, that encompasses
pets too, and thus all her dogs and cats over the years were rescues or
strays. Because of her passion, a portion of the proceeds from the sale
of each book is donated to different animal rescue organizations.
Twenty years of self-employment helped her develop a can-do attitude.
When asked about the process of writing a book she said, “This story
wouldn’t leave me alone, much of it flowed easily. Some of it I don’t
remember writing, which at first was spooky, but later made complete
sense as the story revealed itself. My intention with this book is to
perhaps provide a source of inspiration and healing for those who read
it.” At sixteen, Trisha began her spiritual journey. Over the years she
has delved into many facets always with an open mind and a dash of
healthy skepticism. Never looking back, she keeps moving forward in her
own spiritual adventure, seeking to learn and share her experiences with
others. Trisha was born in Rhode Island. A few years later her family
moved to the “Mile High City” Denver, Colorado where she grew up. As an
adult she was drawn to the mountains eventually settling in Evergreen, a
small mountain town outside of Denver. It is there she’s built a life
with her husband Mark and their two dogs, Maggie and Cooper.

Enter the Giveaway:
a Rafflecopter giveaway

The title Death Unmasked could be descriptive of the topic. The cover ties to the coat involved in the story, but doesn’t readily explain the book subject.

Interesting plot premise (reincarnation) and a subject that fascinates me. I also read and enjoy paranormal novels and really wanted to love this book as well. Rick Sulik apparently has an affinity for poetry and offers his thoughtful expressions of life intertwined within the plot of his book. His poetry ranged from pensive to beautiful. The subject and the plot have a great potential.

The book begins with a heinous scene reflective of the horrors inflicted on citizens by the Germans during WW2, that of the cruel death of married lovers; Laura is first raped, then murdered, and Emil vows retribution before his death.

Now to present day Houston Police Detective, single Sean Jamison, who is burned out at 57 years of age and reclusive. He is busy pining for his one true love, and involved in the investigation of a crazed serial killer who likes to leave the haunting line from the “The Ballad of Reading Gaol” by Oscar Wilde, “Yet each man kills the thing he loves,” as a token taunt at the scene of his sadistic murders.

That’s the simple part and that’s where simple ends. Sean Jamison, the first and main protagonist, climbs on his soap box rather often. He has realized through several happenstances that this is not his first life and that his last life ended horribly cruel. His partner, Bill Roman, is a candidate for anger management. His captain, Virginia Schaeffer, is a really horny (middle-aged?) single woman who suddenly and inexplicably falls in mad, over-the-top passionate love (after one heart-to-heart) with Sean, who is saving himself for his previous wife who he feels is now living a present day existence as well. If only he could find her! Are you confused yet?

Bill Roman is taking psychic lessons from Sean, though initially scoffs at the suggestion, and helps to find and apprehend a felon. He will try to use the same power later to help catch the antagonist, the serial killer (who previously kidnapped his wife).

But wait–there’s more: spoiler alert! The serial killer has noticed a flea-market coat that has a particular significance for him, and marks the coat so he can track the new owner. Uh oh! The new owner of the coat, coincidentally, may be connected to Sean’s previous life’s wife.

Another spoiler alert: Some of these people are all connected, and I mean brother and sister connected, in previous lives. And the serial killer? You’ll just have to read it–or maybe you already know.

The dialogue ran stilted at times, preachy (and unrealistic); and the characters were inconsistently fleshed out. I had a little problem with the continuity, with scene jumping, or contradictory timing of day/night. Descriptions ran a little on the verbose side bordering on TMI.

This book will benefit greatly by a critical eye for cut, slash, and rework as the idea is solid–it should work better.

The Author: Rick Sulik served in the US Air Force Military Police prior to working with the Houston and Pasadena Texas Police Departments, followed by ten years as a courthouse bailiff. He retired in 2013.

END_OF_DOCUMENT_TOKEN_TO_BE_REPLACED

Stanley has
read 16 books toward
her goal of
180 books.

rosepointpub
New Review-Real Easy: A Novel by Marie Rutkoski. Yikes! A whole nother kind of read for me. Salacious underbelly of fringe society--that part most of us are ignorant. An unusual premise, plot, and unique characters, make of them real people. Well plotted, tense and engaging. I listened to the audiobook I got on NetGalley. Oh. My. Gosh. What did I get myself in to this time?!
New Review-Hidden Agendas (A Dr. Kyle Chandler Thriller Book 2) by D Marshall Craig MD. Story premise interesting, unusual mix of intrigue, smuggling, medicine. Can a trauma surgeon get in too deep? Unique, engaging, entertaining.
New Review-Red Burning Sky: A WWIINovel Inspired by the Greatest Aviation Rescue in History by Tom Young. Nearly 500 US and allied airmen are rescued by these freedom fighters! The one rescuing Bogdonavich is a 17 year-old named Vasa the Wolf. The people of Yugoslavia are assisting downed pilots from being captured by the Germans. They supply hiding places, food, and medical assistance to the airmen at the peril of instant death. This saga is about a mission in WWII that was classified top secret during the war. Emotional and engaging. A CE review.
New Review-The Texas Job by Reavis Z Wortham-Small Town & Rural Fiction. Early 20th Century east Texas was a wide-open territory and Texas Ranger Tom Bell has a very dangerous job. The mob has infiltrated the area because of quick riches from the discovery of oil. A forest of oil rigs blight the once open range and forest lands. Where money flows, greed and corruption closely follow. This wild tale is engaging and entertaining, reminiscent of the Longmire novels, except that rather than contemporary, this storyline resides in the Depression era--1931. The writing style harkens back to western authors of old. A CE review.
New Review-#audiobook-The Song of Achilles: A Novel by Madeline Miller-Literary Fiction. The classic is brought into the modern world and told romantically through the eyes of Patroclus, Achilles' long-term companion. Homer’s classic Illiad reimagined and retold about Achilles, the son of the goddess Thetis, the most storied and gifted warrior of ancient Greece, from childhood through the war with Troy and his death by Paris. The narrator does a great job with ancient names and pronunciations as well as providing an emotional depth to the atmospheric narrative. (Harper Audio)