Today I am excited to present a Release Blitz for The Incredible Key West-Caribbean Race – (The Road To Key West Book 11) The Ultimate Scavenger Hunt by Michael Reisig – Happy Publication Day!

Kansas stamps and Will Bell are back in an absolutely roaring Caribbean adventure that may be the most unique of Reisig’s tales to date.

After a night of Key West carousing, the boys find themselves entangled in a contest of sorts – a race, or perhaps more correctly, a series of challenges that carry them across the Caribbean and into Central and South America. (We’re talking about villainous villains, wild Texan promoters, hit men, biker gangs, beautiful crazy women, mad Columbian dons, moonlit Voodoo ceremonies, sailing races and hurricanes, and an island with creatures that would keep your nightmares awake).

(THIS IS A GREAT “STAND-ALONE BOOK” — You don’t have to have read the series to enjoy it!)

YES! Michael Reisig has released Book 11 of his Key West series and here is the perfect escape when you need it the most!

The Incredible Key West-Caribbean Race! Your freshly minted get out of Dodge card.

Actually, get way out of Dodge on this incredibly adventurous journey from Key West to Mexico, Columbia, Venezuela, and then island hop north back home.

This VERY exclusive Scavenger Hunt includes five countries/islands and each location brings a new and unique challenge. (Some are more deadly than others!) Only six entries allowed–teams of two each.

This in no way is your usual scavenger hunt! Each team is unique as well, from one team of two women to a VERY well to do (and apparently bored) mob boss. Oh wait! The rules? There are rules? Well, for one, knocking off other race contestants is frowned upon. Each scramble to the next location is described in hair-raising detail, treating the reader to the sights and smells of the land, the people, the food, and the desperation.

The mode of transportation? Oh that changes plenty too! From prop-driven aircraft, rain forest plowing ATV, to sailing craft. Forget those wussy challenges you’ve seen on TV–this goes way beyond what your imagination can devise! Kansas Stamps and Will Bell have proven themselves before–but can they really claim victory against the teams assembled for these riotously treacherous, frantic, and at times hilarious predicaments? How DO they get themselves into these messes? Still, it was a challenge they just couldn’t ignore…or was it that they thought they should “chaperone” their (recently discovered) offspring? How soon does it become a case of every man (or woman) for themselves?

I don’t know what I enjoyed most. The amazing travelogue, the exceptionally inimitable characters, the situations, the prize at each location, or the tension Reisig builds in each succeeding heart-pounding leg of the race. I couldn’t WAIT to see what the next challenge would be and where they were going! A free-for-all circus where sometimes the prize is just staying alive.

My buddies in extraordinary adventures, Will and Kansas, may have met their match. I must say this is the absolute most unusual entry to the series to date. And best of all–can be read and totally enjoyed as a standalone. The climax comes screaming to conclusion leaving the reader gasping with relief and glad to be home safe again. But in the meantime?

It’s my privilege to be a beta reader for the author and you know he is one of my favorite authors. His fiction books range from travel adventures, sea adventures, American humorous fiction, to Historical Caribbean and Latin American fiction. They do not disappoint and this may be his best one yet. Grab your copy now! 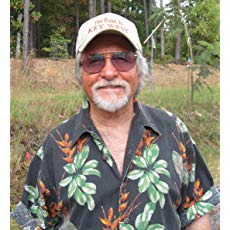 About the Author: Michael Reisig has been writing professionally for 20 years. He is a former Caribbean adventurer turned newspaper editor, award-winning columnist, and best-selling novelist.

After high school and college in Florida, he relocated to the Florida Keys. He established a commercial diving business, got his pilot’s license, and traveled extensively throughout the southern hemisphere, diving, treasure hunting, and adventuring.

Reisig claims he has been thrown out of more countries in the Caribbean Basin that most people ever visit, and he admits that a great many of the situations and the characters in his novels are authentic – but nothing makes a great read like experience…

He now lives in the mountains of Arkansas, where he hunts and fishes, and writes, but he still escapes to the Caribbean for an occasional adventure.

New Review-Safe Harbour: The Sgt. Windflower Mystery Series Bk 10 by Mike Martin. Windflower practices the old ways of his indigenous ancestors. He is also an inspector for the RCMP. Missing young girls are the catalyst that sets Windflower on the case to find and eliminate the scourge on Canada’s young women. I particularly appreciated the spirituality of Windflowers’ character and his belief in the spirit world to help him solve the case. Just released!⁠
New Review-Destroyer Angel: An Anna Pigeon Novel (Anna Pigeon Mysteries Book 18) by Nevada Barr- #Audiobook Review- #TBT This one features friends, acquaintances, who on a vacation trip into the Minnesota wilderness to enjoy nature, test equipment, and try out a handicap prototype are taken hostage when Anna is away from camp on a quick and quiet little canoe outing of her own. Park ranger, wilderness smarts, will observe and tackle kidnappers one by one given the opportunity. A different Anna Pigeon #suspense but possibly my favorite so far.⁠
New Review-Wolfe Trap (A Clay Wolfe/Port Essex Mystery) by Matt Cost. Matt Cost has developed a very believable and vulnerable character in Clay Wolfe. Like most heroes in detective novels, he is neither diminutive nor timid. His office manager is also a very interesting character. The atmospheric descriptions along with the well-developed characters kept me turning pages. Fast paced read. Currently on pre-order.⁠
New Review-Keeping Guard (Operation K-9 Brothers Book 2) by Sandra Owens. Seal Noah Alba is on medical leave following an assignment in which he perceived the fatalities were his fault. He has been asked to participate in Operation K-9 to help with training military service dogs. Lucky will eventually win him over, but he's struggling. Master Brewer Peyton is a runaway bride. Can these two save each other? Animal fiction or romance? I thought the latter. The CE enjoyed more than I, so who's the romantic? Out now.⁠
New Review-The Memory Stones by Lewis Pennington. Forgiveness is a Journey in Time. An event during the Civil War creates an overwhelming guilt that even death can't quell. And generations hence, it still manifests in loss of memory. Can he discover the tragic circumstances that has him in turmoil and quiet the feelings? The characters are engaging, endearing, and feel real. Immersive and unputdownable. A delight in a time travel saga. His five stars.⁠
New Review-Flea Market Felony: A Cozy Mystery Novel (The Mattie and Mo Mysteries Book 1) by Tricia L. Sanders—Newly retired police chief with wife’s inherited 40’ RV off on an inaugural run. The Oldies but Goodies RV Park and Flea Market looks like it has seen better days. He's a silver fox; she enjoys shopping. Still, she would rather not do the RV thing leaving her best friend behind. Is this the way a newly retired couple should break in their rvving experience? Her first purchase at the scene of a crime? Sounds like trouble! Book 1 of a new series, out now.⁠