Two Mexican drug smugglers are murdered on Native American soil and the only clues left behind are two single arrowheads in this compelling page-turner of tribal secrets and distrust at the border.

When detective Frank Silva of the Tohono O’odham Nation arrived at the scene of the crime he immediately feared his investigation would require him to turn inward—to his own people—in search of the killer.

A complex web of lies, love and intrigue in the heart of the reservation pulls readers into a place and time in limbo straddling the U.S.-Mexican border which is struggling to retain its heritage and independence.

Two maverick detectives form an intriguing team trusting each other with not only their lives, but with the fate of the Tohono O’odham Nation in the crime mystery.

The Poison of War, from award-winning author Jennifer Leeper, highlights the Tohono O’odham reservation’s evolving struggle against Mexican cartels and their friction with border agents who hold the line stretching across the middle of the reservation.

The novella’s setting of the American Southwest, particularly on a Native American reservation, and the style and cultural background of the detective protagonist draw resemblances to Tony Hillerman’s works including Dance Hall of the Dead and The Blessing Way.

For fans of Leeper’s work and fortuitous newcomers, The Poison of War is a stunning tale that highlights timely issues of the U.S.-Mexico border, immigration, drug trafficking and the reservation culture of the Tohono O’odham tribe.

Solving two murders with old technology in the desert southwest is not easy. The native people in this area have lived here for centuries. There were no borders that defined their nation until recently. Jennifer pulls together the problem of drug running across native ancestral lands with no regard to the culture and the people who live there.

Frank Silva is a half-breed who is charged with protecting the land and solving a double murder.
A defunct “Indian Casino” is a beacon for the transfer of illegal drugs. The drug runners are ruthless.

In a land of cacti and wildflowers where does the detective begin? Jennifer pulls the narrative together in a very exciting way. Even footprints do not show up in this desolate landscape. And yet the crime has to be solved.
The result is a masterfully devised series of steps taken to finally find the killer. The narrative is fast-moving and never drags. It is a mystery lovers’ handbook for solving crime in the most desolate areas in the Southwest United States.

We received this digital download from the publisher and NetGalley in exchange for an honest review. I can heartily recommend. 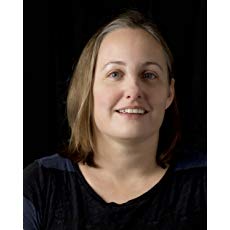 The Author: Jennifer Leeper is an award-winning fiction author whose previous or forthcoming publications credits include Independent Ink Magazine, The Stone Hobo, Poiesis, Every Day Fiction, Aphelion Webzine, Heater Magazine, Cowboy Jamboree, The New Engagement, Alaska Quarterly Review, Falling Star Magazine and The Liguorian. She has had works published by J. Burrage Publications, Hen House Press, Inwood Indiana Press, Alternating Current Press, Barking Rain Press, Whispering Prairie Press, and Spider Road Press.
Ms. Leeper’s novella, The Poison of War, published through Prensa Press, spotlights the landscape of the American Southwest and Native American culture through this murder mystery that brings to the fore timely issues of the U.S.-Mexico border, immigration, drug trafficking and the reservation culture of the Tohono O’odham tribe of southern Arizona. The region carries special meaning for Ms. Leeper as she lived in Albuquerque, New Mexico as a child and even though she currently lives in Kansas City, the spirit of the Southwest region continues to shape her writing.

Okay, Uncle! Need some help and looks like that will come in the guise of the CE. (Not the first time he’s stepped in to the rescue.) 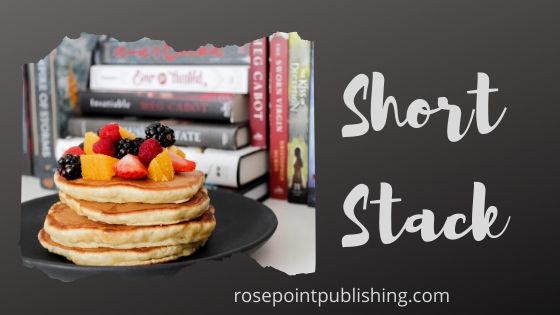 For some time now, you’ve noticed either an individual review or a tandem review with my associate (husband), the CE. Since I’ve achieved overwhelmed status with reads and reviews, I’ve asked him to step in and take a somewhat more frequent role, with the hope that one of these days I’ll be able to write a post article again regarding the bookish world aside from reviews. While I may do just a tad of editing, the reviews will be his, although I’ll continue to set them up to publish.

To that end, he just reviewed ICE which has been named the Winner in the ACTION/ADVENTURE category of the 2016 Next Generation Indie Book Awards. He loved it, by the way, and you can read his review here. (He’s a bit more succinct than I.) He will also cover a few genres I might not have creating a wider sampling range as he enjoys slightly different novel tastes. I’ve booked him up for the following three (including abbreviated blurbs) all from NetGalley: (Links below to Amazon)

First up, The Poison of War by Jennifer Leeper

Two Mexican drug smugglers are murdered on Native American soil and the only clues left behind are two single arrowheads in this compelling page-turner of tribal secrets and distrust at the border…
Scheduled for Sunday, January 19.

The Master’s Apprentice: A Re-Telling of the Faust Legend by Oliver Pötzsch (Author) Lisa Reinhardt (Translator)

A young man’s destined quest becomes a dance with the devil in a mesmerizing retelling of the Faust legend by the bestselling author of the Hangman’s Daughter Tales series.

It’s the fifteenth century and only heretics are curious about the universe.

Germany, 1494. Born under a rare alignment of the stars, Johann Georg Gerlach, “the lucky one” to his mother—is fated for greatness. But Johann’s studies and wonder at the sky have made him suspect…

In 1501, Anne of Brittany devises the perfect match for her only child by Louis XII, King of France. Their daughter will become the most powerful woman in Europe if she marries the future Holy Roman Emperor. But Louis balks. Instead, he wishes her to marry his successor. How else to keep his own bloodline on the throne?…

If you haven’t already, check out his review of Ice and then swing by again to catch one of the above. Have you read one of these?

New Review-The Doctor’s Daughter by Shari J Ryan. Well-drawn characters tear at your heart. Teens who are growing up in their war torn country in 1941 know little else. Sophia with Isaac and Olivia strive to survive as they help others to do the same.⁠
The Physicists Daughter by Mary Anna Evans. A CE review. A tale of the efforts of women in the war industries of WWII.
TV Netflix series Along for the Ride vs #audiobook #AlongfortheRide by #SarahDessen. Does the Netflix series stay true to the book? Does the audiobook do a better job of character building? Fun and games at the beachside resort during the summer between HS graduation and first year at her chosen university. Auden has always been serious--studied hard--and missed out on most of the typical high school activities. Can Eli show her what she missed and heal himself at the same time? Teen and young adult fiction (yes I did listen to the audiobook and watch the TV version). It's another of my battles between the Netflix version (just released May 8th) and the audiobook (book originally released in 2009). A sweet, summer read? You decide.
New Review-Answering Liberty’s Call by Tracy Lawson (Ladies of the Revolution Book 1) The nearly criminal ineptitude of the individuals tasked with supplying arms and foodstuffs to our troops is unbelievable. Congress and others tasked with supporting the army were, at times, grossly and criminally negligent. Wagons full of clothing, munitions, and food stuffs were often abandoned along the road or kept in warehouses without a thought to distribution. Men starving at Valley Forge without proper food or clothing were enduring this due to the quartermaster’s inefficiency and neglect.
New Review-The Boys A Memoir of Hollywood and Family by Ron Howard and Clint Howard - #Audiobook Oh my stars…What a sweet memorial to a father who sacrificed his own acting career for that of his boys whom he carefully nurtured, guided, and protected in their road to the pinnacle of Hollywood. Follow Opie and his brother Clint from childhood to Ron Howard's amazing career as a director, producer, writer, and actor. He and his brother spanning 60+ successful years in Hollywood.
New Review-Warrensburg by Fleury Sommers. How do you fight the county officials who want to sterilize a woman with epilepsy during Prohibition? Or save the moonshine from Revenuers? Fight city hall!