Psst–want to have a fantastic Caribbean adventure and save some moola? How about an Islander hop to a fictional Caribbean, Blacktip Island? Ahh, the sun, the surf, the people…but what about the people? Well, that’s the thing, you see. Blake Calloway had it good, working in his dad’s investment firm, right up until he screwed up a few decimal points. An innocent mistake! Unfortunately, when he tries to disappear on a remote island with some cash, blending in with the other scuba enthusiasts, he accidentally rescues one of them–again–an innocent mistake. So much for blending! And just like that, the book has you within the first few pages.

He does catch the eye of the beautiful barmaid, however, and after successfully sneaking back home to put all the money back, can’t get her off his mind. But Blake’s mind strays off those decimal points again and before he can get it all put back, his father discovers a problem and banishes he and his decimals out the door. Knowing it will be far more than just his dad hitting the fan, Blake decides on the barmaid and the island, trying hard to cover his tracks with a new persona on the island calling himself Hugh. The barmaid wasn’t looking for a roommate though, and off he goes to find a place.

It’s not difficult to picture this island paradise, Jackson’s humorous descriptions of the palms swaying in the breeze along with the huts they call home. He takes an apartment within a larger unit that houses several tenants, each with their own story. It’s a train wreck of characters; fascinated, you have to peek and the author gradually fills you in to their stories when he thinks you are ready. Is anyone on this island not hiding from something?

Fortunately, having demonstrated his prowess as a scuba diver, Hugh is hired as an Eagle Ray Divemaster for Ger Latner and runs smack into Casey. Casey being another whole story. Along the way, he is introduced to island residents and bar regulars, adding hilarity and sub-plots such as the search for pirate lore treasure and the legend of the island’s native ghosts in the limestone tunnels. Descriptions of the scuba guests not withstanding,  Hugh discovers there is a LOT to managing the Skipjack, a scuba tourist boat in treacherous wind/water conditions and just how dangerous the sport of scuba diving can be when you are responsible for eight other divers. The main plot takes a number of twists and introduces us to Jessie, but Jessie has her own secrets. Hugh is just trying to survive long enough to right his wrongs and stay neutral in the inter-island fight to add a landing strip to the fragile piece of land.

The dialogue is natural between persons from the states or those native, lapsing into a light patois of sorts to enhance the flavor of the islands. The characters are fleshed out well and generally innocent Hugh, very likeable. Most of the characters are a hoot and build the flavor of a “haole” in an unfamiliar island setting. The relationship between Hugh and Casey becomes one of grudging respect.

Unique plot, lots of fun, and comes to a satisfying, almost fairy-tale conclusion. While the text contains edit errors or omissions, you have to give the story kudos for a most enjoyable little Caribbean adventure without the necessity of four-letter words. It was a thoroughly refreshing, sea-spray, kind of book and it felt just that good! Heartily recommended.

Author description: Tim W Jackson was born in Atlanta and pretty much grew up all over the world. He holds a master’s degree in a graduate writing program. He has a knack for presenting “misguided idealists and charming scoundrels”– empathetic characters you hope will win. A portion of the book sale proceeds goes to the Nature Conservancy’s Coral Reef Preservation Fund. 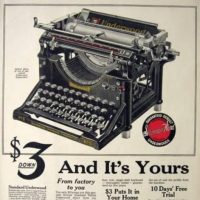