Ms. Cleveland has done a pretty admirable job with her debut novel, Need to Know, or as my hubby, Navy veteran used to say the “NTK.” She has crafted a spell-binding psychological-political espionage plot that gains momentum as the protagonist Vivian Miller gets ever deeper in do-do. (I understand that this book has been optioned for a movie.)

Vivian (Viv) Miller seems to have it all, or maybe a little too much of it all. She has a good, smart husband of ten years to her four beautiful and sweet little ones, the last two twin boys, one of which has cardiac problems. She has a nice house that wasn’t cheap and an incredibly sensitive position with the CIA in counterintelligence where she is currently assigned to searching for Russian sleeper cells in the US.

And she is very, very good at what she does.

In fact, she created an algorithm that is meant to ferret out the so-called Russian “sleeper cells,” operating in tight, compartmentalized pacts who appear to be the average neighbor next door, no accent, nothing that would hint otherwise.

As she proceeds to dig around within a secret dossier, however, she stumbles upon pictures of deep-cover agents, five to a cell, one of which turns her world upside down.

Ms. Cleveland begins her story rather slowly, describing an idyllic home and family life with a husband that is more perhaps than your average father, diving deep into the handling of the care and feeding of four young ones, including the babies. They have settled into a successful home routine that appears to be working very well for all of them. Matt is also well employed, but then with the home mortgage and the unexpected medical bills, the budget is a tight one.

Then comes her discovery in the dossier and suddenly nothing is as it appeared. Was it all just a lie? All she can think about is her beautiful family; her babies. The tension mounts as she confronts her husband, who doesn’t deny his involvement. In fact, he goes so far as to lay out his history with them, carefully explaining how he’s found himself at the present. And he seems so sincere.

But does she know him or not? Ms. Cleveland gives us glimpses into Viv’s psyche from time to time as she relives pivotal moments in her life. You’ve heard the expression, “if it sounds too good to be true…” The way she meets Matt, their wedding, the birth of her babies, and some of the not-so-happy times as well, but they all lead up to this moment, this situation, and she continues to assess what could have been true or not.

As she is balancing wits with her superiors at work, she is running chilling scenarios through her mind of either Matt, herself or both of them in jail. Of course, her allegiance is to America, but she loves her husband and her family. She can’t make a quick decision on how to proceed. Unfortunately, Matt’s “handler” will not give her a lot of time to consider her options and forces the issue. The other shoe is coming and it doesn’t take long to drop.

I had a little problem with the simplistic first-person dialogue and descriptions. “…I look away, out to the street. I hear an engine, a vehicle approaching. I watch the street...” While I normally enjoy first-person stories, this was almost cryptic. She deliberates his responses based on I or we–certainly a normal feminine response, but…all along, the reader can detect a few of those red flags–you know this can’t be right–it’s too easy to see through.

Now the plot moves with deadly speed and mind-numbing conundrums as the story takes a few left turns you might not have seen coming. My problem was that it felt obviously intuitive who the hidden mole (antagonist) might have been, only to question that decision next chapter. There should be no good way out of a treasonous deed. And really, it may very well be a case of successful analyzation and knowing their target very, very well.

Okay, the ending: Chilling. Flat scary, worth the read ending and while I considered that might be the case (I just knew it!), still took my breath away. Whoa. Sometimes I hate when I’m right.

This ebook download was offered by Ballatine Books through NetGalley and I am most grateful for the opportunity to read and review. This novel is recommended to all who enjoy a good mystery, suspense, spy or espionage, political thriller. 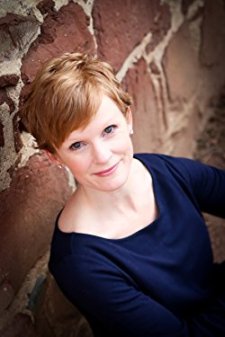 The Author: (From Amazon Author page) Karen Cleveland actually spent eight years as a CIA analyst, the last six of which was in counterterrorism. She holds master’s degrees from both Trinity College Dublin and from Harvard University. She lives in northern Virginia with her husband and two young children. The film rights were sold to Universal Pictures for Charlize Theron, with rights also sold in more than 20 markets. She has received advance praise from half-a-dozen NY Times bestsellers. Ms. Cleveland can be contacted through her website and author page on goodreads.com. ©2018 V Williams

3 thoughts on “#NeedtoKnow – a #BookReview”