Traveling to the U.S. in 1876 with her mother, Albertina (Davida), a young Swedish girl will become a beautiful woman and later model for talented and well-known American sculptor Augustus Saint-Gaudens. The eventual union between artist and model, the author’s great-grandmother and Augustus Saint-Gaudens produced a son, Louis. Saint-Gaudens, however, is married.

Being born in 1941 Ms. Ingalls was educated under the same basic mores’ that I remember as a youth. “Bastard” was a term used for someone who had no social standing or recognition. Her grandfather, Louis, was a result of the scandalous union of two lovers caught in the Victorian era. He and his mother could not go out together where they might be recognized by people who were familiar with Saint-Gaudens’ wife, who had also given Saint-Gaudens a son.

The tale is told from a very romantic point of view not shared by most people in that historical time. Ms. Ingalls tells a love story between a highly successful sculptor and a Swedish immigrant who is very beautiful and also very naïve. She becomes his model when she is still a teenager and is eventually seduced by him. Love prevails, however, and a son is born. He is called Novy by his father but never allowed to enter society with his fathers’ last name. The stigma of being illegitimate follows the man all of his life. He becomes disaffected, reclusive, and never integrates well into society.

Albertina has a love of the outdoors and the spirits of the woods melds into the story with gentle recognition and the heart of a true romantic. Albertina is a sympathetic yet strong character raised in strict Victorian standards by her mother. That a liaison with the sculptor would ever happen is remarkable as well as the relatives and friends who rally around the young lady as she raises the child on her own. She never loses her love for his father and the secret of illegitimacy is kept hidden throughout the son’s life. Mr. Saint-Gaudens takes very good care of his lover and their child. They are not wont for anything except the recognition of who they really are. (A sculptor of the “Beaux-Arts” generation, Saint-Gaudens is considered a major force in the American Renaissance of the late 1800s/early 1900s.)

Their great-granddaughter writes the tale with love and tender compassion.  License is taken with tales of longing, searching, and forest creatures that sometimes invade the consciousness of people familiar with forest environs.

On the whole, a beautiful love story and whose to say it couldn’t have happened that way. They maintained a relationship for twenty-five years. I applaud the author for the humanity and loving understanding with which it was written. We received this download from the author and greatly appreciated the opportunity to read and review. Recommended for anyone interested in early American arts, the Beaux-Arts, the American Renaissance, romance, and biographies.

The Author: (From Amazon Author page) Karen Ingalls is the author of two novels and an award-winning non-fiction book. She is a Californian by birth, a Minnesotan in her heart, and a contented Florida retiree. She loves gardening, golfing, and reading, but her real passion is writing. She enjoys writing from her home office overlooking a lake in Florida.

Ms. Ingalls’s non-fiction book, Outshine: An Ovarian Cancer Memoir, won first place at the 2012 Indie Excellence Book Awards in the category of women’s health. It was a top three finalist for the Independent Publisher Book Award of 2012 in the two categories of health and self-help. The purpose of the book is to provide information about this too often deadly disease and offer hope and inspiration to women and their families. All proceeds go to ovarian cancer research.

Davida: Model & Mistress is about the love affair between her great-grandfather Augustus Saint-Gaudens and her great-grandmother Davida Johnson Clark. Very little is known about Davida except her role as a model for many of the sculptor’s famous works. Ms. Ingalls was able to use her imagination in creating the life of Davida. It won the Pinnacle Book Achievement Award for 2016. Novy’s Son, The Selfish Genius, is about Murray Clark, who sought love and acceptance from his father, who had been raised as the bastard child of the famous sculptor, Augustus Saint-Gaudens. After reading Iron John by Robert Bly, Ms.Ingalls recognized what was missing in her father’s life. Connect with Ms. Ingalls through her website, her blog, twitter, and Facebook. ©2018 C E Williams 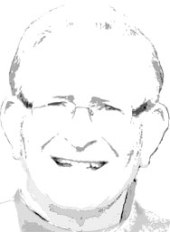 3 thoughts on “Davida – a Book Review”