A new murder victim with an old M.O. puts Mattie Winston on the trail of a killer who gives a grim new meaning to flower power . . .

Spring is beginning to brighten Sorenson, Wisconsin, for Mattie and Steve Hurley and their family. While their son Matthew may be in his terrible twos and Steve’s daughter Emily a moody teenager, the kids bring light to their lives when their work is dark by its nature—Steve is a homicide detective and Mattie is a medicolegal death investigator, aka medical examiner. They deal in corpses.

The latest corpse, a Jane Doe, was clearly an addict, but drugs didn’t kill her, at least not directly. She’s been stabbed multiple times in a pattern that is disturbingly familiar to Mattie. When she discovers flower petals from yellow carnations stuffed into the stab wounds, she recognizes a very specific M.O.—belonging to a convicted serial killer who’s currently serving a life sentence.

The details of the flower petals were never made public in the last case, so it can’t be a copycat crime. It looks like the wrong man is in prison, and the murderer is still at large. Now it’s up to Mattie and Steve to get the case reopened—and catch the real carnation killer . . . 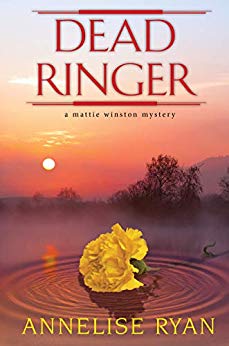 Mattie Winston is a medicolegal investigator (assistant coroner) in small town Sorenson, Wisconsin and along with her husband, Detective Steve Hurley, often work together on cases. Together they have Matthew, a toddler and Steve’s teenage daughter Emily who is looking forward to leaving for college the following year. They’ve recently bought a new home and are trying to meld their chaotic schedules when there is a new homicide found by the side of the road.

This female victim, however, has an obvious MO that Mattie remembers from a conversation at a convention and when the details look to be the same becomes aware the wrong man may be in prison. They are reluctant to charge it to a copy cat since one of the major details was never divulged but is repeated in the latest fatality.

Mattie, is a wife and mother and loves her job but realizes she is pregnant (again) and the hormones are beginning to go wild. And here is where the plot tends to go off the rails. The hormones are jerking her–she’s feeling overworked and underpaid (at home). Steve continues on his merry way with his position while her responsibilities tend to overwhelm her. She and hubby decided together to try for another child, but now that it’s happening, it’s like the whole thing is really not what she wanted and it’s out of her hands. Meanwhile, he’s thrilled.

Shoving all her angst down, ignoring Steve’s obviously touchy reaction to her colleague contact, she proceeds to continue her investigation, handing off Matthew to the sitters (so convenient) or to Steve (whom she always calls Hurley) when he’s available and makes some questionable decisions seemed to alienate her spouse (and the reader). She seems more inclined to duck the issues rather than to confront them and his reaction is rather juvenile.

The forensics were interesting and that is what I expected, rather than the dissolution into a domestic drama. This is my first experience with the author and the series, so I suspect Mattie has been through development in previous issues. There are a number of support characters, but I couldn’t fully engage with them either. And Arnie, what? why?

The conclusion reels everyone back after a harrowing climax and it was one in which I was somewhat dismayed. Okay, I must admit to suspecting one of the slightly zealous support characters, but then it flips entirely.

I received this digital download ARC from the publisher through NetGalley in exchange for an honest review. Not exactly a cozy and a bit torn between medical thriller and domestic drama, but the mystery parts, forensics, and medical explanations were appreciated. 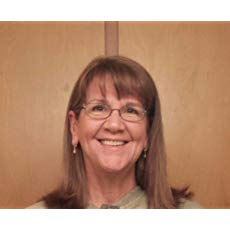 The Author: Annelise Ryan is the USA Today bestselling author of the popular Mattie Winston mystery series and a pseudonym for Beth Amos, who also writes the Mack’s Bar Mystery series under the pseudonym Allyson K. Abbott. Beth is a real life emergency room RN living in Wisconsin. She believes laughter is the best medicine, and with the Mattie Winston series she is hoping to “medicate” the masses.

For more Mattie Winston fun and to keep up with the latest news, visit http://www.mattiewinston.com

“Ryan, the pseudonym of a Wisconsin emergency nurse, brings her professional expertise to her crisp debut.” ~Publishers Weekly

“Mattie Winston’s life in small-town Sorenson, Wis., is anything but dull after she takes the job as deputy coroner. Mattie is klutzy and endearing, and there are plenty of laugh-out-loud moments.” ~ Romantic Times

“A recently-divorced OR nurse accepts the job as assistant to the coroner and her first case involves the murder of her ex-husband’s lover, and when her ex becomes the chief suspect, she joins forces with a hunky police detective to find the killer in a debut that is both funny and intricately-plotted.” ~ Clues Unlimited

“Annelise Ryan turns in a spiffy series debut with Working Stiff introducing nurse turned coroner’s assis¬tant Mattie Winston. Her first crime scene is quite a challenge, however, as the prime suspect is her husband, Dr. Wonderful, and the victim is his mistress. Mattie is a wise-cracking guide to the ins-and-outs of autopsy and crime-solving while managing some pithy commentary on the current state of medical practice courtesy of the author’s background as a nurse.” ~ Mystery Lovers Bookshop Fall Coffee and Crime Newsletter

“Mattie Winston is a likable, humorous heroine with whom readers will readily identify.” Romantic Times

“This has the makings of an appealing series on multiple fronts: the forensic details will interest Patricia Cornwell readers, though the tone here is lighter, while the often slapstick humor and the blossoming romance between Mattie and Hurley will draw Evanovich fans who don’t object to the cozier mood.” Sue O’Brien, Booklist