“I read this novel at one sitting, absolutely riveted by the storyline. The suspense was beautifully rendered and unrelenting!” (Sue Grafton, New York Times best-selling author of X)

It all started at a dinner party…

A domestic suspense debut about a young couple and their apparently friendly neighbors – a twisty, rollercoaster ride of lies, betrayal, and the secrets between husbands and wives….

Anne and Marco Conti seem to have it all – a loving relationship, a wonderful home, and their beautiful baby, Cora. But one night, when they are at a dinner party next door, a terrible crime is committed. Suspicion immediately lands on the parents. But the truth is a much more complicated story. Inside the curtained house, an unsettling account of what actually happened unfolds.

Detective Rasbach knows that the panicked couple is hiding something. Both Anne and Marco soon discover that the other is keeping secrets, secrets they’ve kept for years. What follows is the nerve-racking unraveling of a family – a chilling tale of deception, duplicity, and unfaithfulness that will keep you breathless until the final shocking twist.

Of course I’d heard of this author for some time but didn’t have an opportunity for a book. This time I saw an audiobook copy for this one, released in 2016. Mercy! 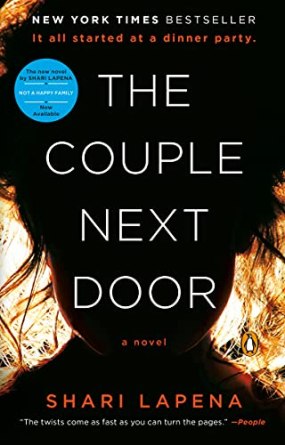 Being an older book and armed with the blurb, this gripping tale doesn’t need a lot of introduction. A young couple with a new baby backed by rich parents (hers), they have the home, a business, and the appearance of “having it all.”

Behind closed doors, however, is a young husband worried about his business, a new mom who is having difficulty coping with a fussy infant, and parents with attitude. It is the tangled story of couples keeping secrets from each other, the new mom feeling unattractive, her husband neglected and attracted to Cynthia next door. It is during Cynthia’s dinner party that Anne and Marco’s baby is abducted. Marco had assured her that in the absence of the babysitter, a last-minute cancellation, they could use the baby monitor and check in on her every half hour. After all, they were only next door.

Anne is a fragile personality suffering postpartum depression. Marco wanted a few more drinks, time to flirt with Cynthia, and it was late when they returned home to find Cora missing from her crib.

Here is a case for unreliable narrator. The storyline spins a lot of effort justifying leaving the baby, Anne is crazy over the top with guilt, the parents are incensed. Then there is the police who are having a problem swallowing any of it.

Something doesn’t add up.

Not easy to cozy up with any of the characters. Marco is beside himself for another reason, as are her parents. There is a lot of deceiving, misconception, and tension that intensifies into the plot. It might be faster paced were it not for the same theme of guilt and justification repeated so many times, each time, however, adding an additional little wrinkle.

Not just one or two twists but then the bomb, the final well placed bulls eye in the conclusion that totally knocks the reader off their rocker. What? NO! I hated that one and couldn’t believe that was how it ended.

Well, phooey. I didn’t expect that. Definitely a slow burning thriller with a killer (get it?) ending.

Did you read this one? Disappointed in the ending as I was? Shocked? So was I.

The Narrator:  Kirsten Potter, a graduate of the Boston University School for the Arts, has performed on stage, film, and television, including roles on Medium, Bones, and Judging Amy. An award-winning audiobook narrator.

2 thoughts on “The Couple Next Door: A Novel by Shari Lapena – #Audiobook Review – #psychologicalthrillers” 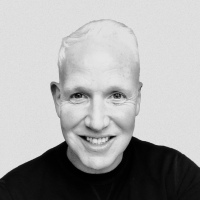