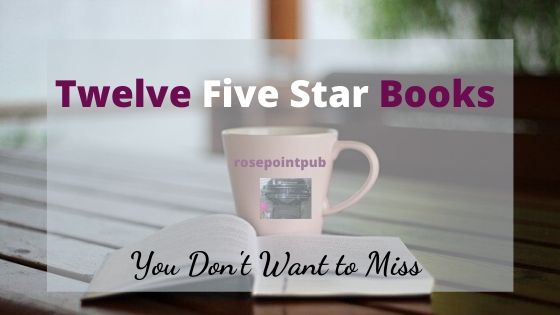 It’s been a banner year for some great books and I’ve tried hard to discern those books between a 4.5 level and a subjective but totally awesome (what I consider a) five-star novel. While any book four stars or more are recommend worthy, I am going for those I feel the wider audience would truly enjoy. And many are so close that it is extremely difficult to narrow the list down to only those books that stand out.

The range of genres covers biographies and autobiographies and fiction in categories from action adventures and cozy mysteries to family drama, historical and suspense, thrillers in audiobooks, print, and digital formats. I noted an average of three five star reviews a month totaling forty-two books for the year between 4.5 and 5 stars.

These are the twelve (because I can’t seem to get it down to ten) amazing books that stood out for me in no particular order along with the link to my review.

Fractured Truth* by Susan Furlong – This author writes about “the Travellers” in this country as if she was one. Ex-Marine and her cadaver dog. He’s awesome, she’s badass.

The Beantown Girls by Jane Healey – I loved this historical fiction account of the WWII girls who went overseas as “donut dollies.”

Decanted Truths* by Melanie Forde – A Waterford decanter is bestowed to the family by the boy who immigrated to America in the bowels of the ship. 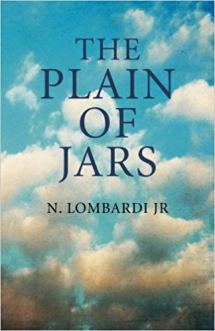 The Plain of Jars by N Lombardi Jr – Intrigue, conspiracy, military history, emotional turmoil and redemption from a Viet Nam conflict survivor. (Reviewed by the CE.) 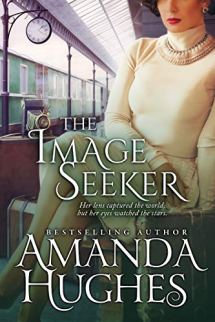 The Image Seeker* by Amanda Hughes – Best-selling author does some deep-diving research immersing you in pre-WWII America.

Rewind by Catherine Ryan Howard – Psychological thriller by another best-selling author. Get your “Psycho” shower scene on…

Trials and Tribulations* by Jean Grainger – Best-selling author this one of 20th Century Irish Romance, the Robinswood series.

The Dog I Loved* Susan Wilson – A tale of PTSD, dysfunctional families, estrangement, friendship, and the love of a canine.

No Man’s Land by Sara Driscoll – Special Agent Meg Jennings and her K-9 companion, Hawk, search the ruins for life.

Because I’ve found so many in a series in which I’ve become invested, I’m going to be listing those later with the intention of linking those already read along with a pledge to read the rest in the series. Yes, I’m hooked on more than one series (haven’t done that since Nancy Drew), so this could end up being problematic, but I will also continue to seek new authors.

Which ones have you read? Did I turn you on to a new author? I’d love your comments!

Lacey Geiger could be a very rich woman. If Jessie Cole can find her. The beneficiary of a sizable estate, Lacey vanished years ago after escaping an abusive childhood and is veiled now behind a new identity. Jessie has two weeks to find her. It’s enough time to discover that Lacey is hiding from so much more than anyone realized. But she isn’t the only one with secrets. And Jessie’s not the only one searching for the truth.

A concerned daughter has asked for help finding her mother—a woman said to have been murdered thirty years ago. And Jessie’s colleague Ben, an amnesiac still struggling with the bloody memories of a shattered life, is nearer to piecing together a very dark picture. Especially when someone he detests is found dead, hanging from a tree by a riverbank.

Now as the mysteries, puzzles, and lies of three investigations are unearthed, Jessie and Ben will risk everything to bring all that is hidden into the light.

Thrilling ride into one of a human being’s major fears–that of being buried alive. This thriller, however, doesn’t delve into just one engaging storyline, but three. PI Jessie Cole suddenly has more work than she can handle. Lacey’s disappearance is on a short fuse with a potential bonus if she can find her within two weeks. She and her husband disappeared a week ago and it’s discovered Lacey’s worst half had more enemies than she could count. Her office has also been put on the pursuit of a mother (Arlene) who also disappeared, but thirty years ago, and the daughter (Penny) is sure she is alive although her father spent ten years in prison as a result of his being charged with her murder. Zee, a major support character with schizophrenia, will be tackling the latter case, her first.

Ben, an amnesiac colleague linked to Jessie through her sister, is struggling with trying to piece together the bits of flashbacks that might reveal to him who he was prior to the deadly automobile accident he was in with Jessie’s sister. He is a newspaper investigative reporter who sees more than he wants to know and is currently involved in a case with a pedophile who later shows up a questionable suicide.

I loved the way the author weaves these three storylines into and through the narrative keeping you on the edge of your seat, heart-thumping. It would be unputdownable except that eventually you have to have a relief break, even if you don’t stop to eat. The cast of both main and support characters work very well, including more involvement with both Colin (Jessie’s main man) and Zee (Jessie’s right-hand woman).

Zee works very hard to prove to Jessie she can solve the case and has a continual battle with those three voices in her head, who take it a step further and at times fight with each other. Jessie’s niece plays more prominently as well and they all appear to be creating a very solid, satisfying unit. Ben confronts a discovery readers have long suspected. Dialogue is taut and leading. Definitely more development with several of the secondary characters this time, although for a complete picture you may wish to begin with Book 1, Her Last Day (I did). Still, if you love thrillers, you’ll love this one.

So did Book 4 feel like it might be the last in the series? (Say it isn’t so!) Issues that may have been a continuing thread in previous series entries seem to be resolved. The action-packed climax neatly wraps most loose ends leading me to wonder where the author may take this next. Talk about intense! I absolutely plowed through these pages almost non-stop looking for a gratifying finish. Ooh, how I do love happy endings! Well, at least for a couple of them anyway!

I was thrilled to receive this ebook download from the publisher and NetGalley and totally appreciate the opportunity to read and review. Ragan’s writing will get into your head. She has a masterful style that keeps you glued. I’m looking for Book 5!

Readers interested in signing up for a monthly newsletter or getting their name in a TR RAGAN book should check out her website at http://www.trragan.com

New Review-No Strangers Here by Carlene O’Connor--(A County Kerry Novel Book 1) The patriarch of the O'Reilly family was Jimmy O’Reilly. Well dressed, he is found with a tie, dragged up on a beach from the ocean and very dead! A tarot card and vial of a strong sedative is found on the body indicating a veterinarian may be involved. But could the vet have been the perpetrator? Great start to the new series! The author weaves a very fascinating tale of duplicity, jealousy, and avarice. A CE review.
Rosepoint Reviews-June Recap—The Heat is On! Too many activities and nineteen book reviews in June. One of these is your new favorite read. Trust me.
New Review-What She Found by Robert Dugoni-Tracy Crosswhite Book 9. Can Detective Crosswhite solve a 25-year-old cold case? Her daughter hopes so! Her mother was an investigative journalist off on a explosive story. She went to meet someone with information when she disappeared. Can Detective Crosswhite penetrate the story and discover her investigation into police corruption and murder? On pre-order.
New Review-Dark Sacred Night by Michael Connelly. Renee Ballard and Harry Bosch team to solve their cold cases. Audiobook version is super with Welliver’s voice as Bosch. Engaging and entertaining, Book 2 of the Renee Ballard series. Renee meets Bosch--it's gotta be good.
New Review-What the River of the Cherokee Did Not Tell: Jonathan’s Story by James Short. Coming of age pre and during the Revolutionary War, Jonathan is on his own warpath looking for sweet revenge. War is hell. And there is always someone looking to make a buck from it.
Mercury Pictures Presents by Anthony Marra. Mercury Pictures was a B-film company making many soon-to-be-forgotten films. After WWII our country was paranoid regarding communism. The idealism of some of the characters within the government was to control the thinking of the American people. Scripts were written which could have been viewed as subversive so freedom of expression and freedom of speech are curtailed because of the potential for foreign influences. Censorship was rampant. The best way to control these ideas at the time was to cramp down on those in the motion picture industry. An interesting lesson in government intervention. A CE review. 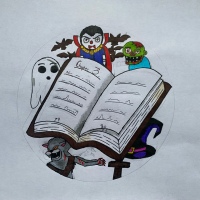