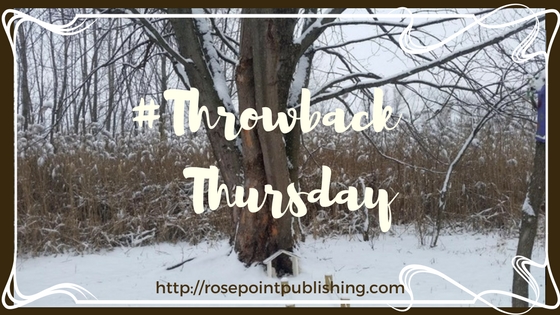 Renee began the Throwback Thursday meme on her blog, “It’s Book Talk“ to share some of her old favorites as well as sharing books published over a year ago. Sounded like a good reason to join! I’m going back over some of my favorite authors and stories you might not have previously experienced. Hopefully, you’ll find either a story or author that interests you and you’ll check them out! And, if you’d like to join the fun, you’re welcome to use Renee’s pic from her website. Just provide the link back to her please).

This week I am highlighting D.W. Ulsterman, another terrific, prolific author who has written Mac Walker’s 40,000 Feet, which I reviewed on Goodreads. He has actually written a couple of series as well as stand alones. This novel was published on May 3, 2014. He consistently runs approximately 4.0 to 4.5 stars for any of his books sold on Amazon.

Former Navy SEAL sniper and government gun for hire Mac Walker finds himself in an uneasy alliance with the beautiful and mysterious Vatican operative Stasia Wellington as they struggle to save the plane’s passengers and defeat the terrorists and their plot to kill tens of thousands. Mac Walker’s 40,000 Feet is the first volume in the highly popular Mac Walker military thrillers series that has earned an enthusiastic following of fans as they cheer the never give in and never give up nature that embodies the Mac Walker character.

“For fans of terrorist thrillers this is a must read!

Mac Walker is returning to Washington DC after a well-earned vacation and prior to accepting a new position in Project Icon, an elite anti-terrorist organization. Stasia is also on the Boeing 767 and a member of the Vatican equivalent to Mac’s position.

The airliner is hijacked shortly out of Paris and flown to a remote island off Tunisia where they are met with armed militia, terrorist mercenaries, and something appearing to be biological weapons intended for a major attack against the Vatican. Stasia and Mac join forces to retake the plane, save the passengers and the Vatican, and live to fight another day.

Attention grabbing from the beginning, it is a fast-moving narrative, the characters evolve into real people, and the well-plotted story progresses with believable interaction between governmental agencies.

I thoroughly enjoyed this suspenseful, military thriller of an old hard-liner ex-Navy Seal that could have been 5 stars had it the opportunity of a good editor and eye for details. I got this book as a free download and enjoyed the easy escapist read. Would recommend to anyone looking for a quick, fun thriller.

“I just found a new favorite author and his name is D.W. Ulsterman!” -Toni Markel

A KINDLE SCOUT WINNER AND FEATURED AUTHOR IN USA TODAY’S “HAPPY EVER AFTER” COLUMN. (April 2017 – The Irish Cowboy)

D.W. Ulsterman is the writer of the Kindle Scout-winning San Juan Islands Mystery & Romance series published by Kindle Press as well as the bestselling family drama, The Irish Cowboy.

He lives with his wife of twenty-five years in the Pacific Northwest. During the summer months, you can find him navigating the waters of his beloved San Juan Islands. He is the father of two children who are now both attending university and he is also best friends with Dublin the Dobe.

His most recent novel released December 2017, ROSARIO’S REVENGE is now available. D.W. Ulsterman is the bestselling author of THE SAN JUAN ISLANDS MYSTERY SERIES. All of his novels are available here: http://goo.gl/kEPU6R

New Review-Destroyer Angel: An Anna Pigeon Novel (Anna Pigeon Mysteries Book 18) by Nevada Barr- #Audiobook Review- #TBT This one features friends, acquaintances, who on a vacation trip into the Minnesota wilderness to enjoy nature, test equipment, and try out a handicap prototype are taken hostage when Anna is away from camp on a quick and quiet little canoe outing of her own. Park ranger, wilderness smarts, will observe and tackle kidnappers one by one given the opportunity. A different Anna Pigeon #suspense but possibly my favorite so far.⁠
New Review-Wolfe Trap (A Clay Wolfe/Port Essex Mystery) by Matt Cost. Matt Cost has developed a very believable and vulnerable character in Clay Wolfe. Like most heroes in detective novels, he is neither diminutive nor timid. His office manager is also a very interesting character. The atmospheric descriptions along with the well-developed characters kept me turning pages. Fast paced read. Currently on pre-order.⁠
New Review-Keeping Guard (Operation K-9 Brothers Book 2) by Sandra Owens. Seal Noah Alba is on medical leave following an assignment in which he perceived the fatalities were his fault. He has been asked to participate in Operation K-9 to help with training military service dogs. Lucky will eventually win him over, but he's struggling. Master Brewer Peyton is a runaway bride. Can these two save each other? Animal fiction or romance? I thought the latter. The CE enjoyed more than I, so who's the romantic? Out now.⁠
New Review-The Memory Stones by Lewis Pennington. Forgiveness is a Journey in Time. An event during the Civil War creates an overwhelming guilt that even death can't quell. And generations hence, it still manifests in loss of memory. Can he discover the tragic circumstances that has him in turmoil and quiet the feelings? The characters are engaging, endearing, and feel real. Immersive and unputdownable. A delight in a time travel saga. His five stars.⁠
New Review-Flea Market Felony: A Cozy Mystery Novel (The Mattie and Mo Mysteries Book 1) by Tricia L. Sanders—Newly retired police chief with wife’s inherited 40’ RV off on an inaugural run. The Oldies but Goodies RV Park and Flea Market looks like it has seen better days. He's a silver fox; she enjoys shopping. Still, she would rather not do the RV thing leaving her best friend behind. Is this the way a newly retired couple should break in their rvving experience? Her first purchase at the scene of a crime? Sounds like trouble! Book 1 of a new series, out now.⁠
New Review-Aftermath by Terri Blackstock--Taylor and two of her young aspiring politician friends attend a concert just prior to the explosion at Trudeau Hall. The intricacy of the plot and the interweaving of the lives of the characters kept me glued to the pages. The conclusion is surprising and convoluted as Taylor decides to take matters into her own hands because of the death of her friends. The twists and turns kept me guessing. 5 stars - Out now.⁠ 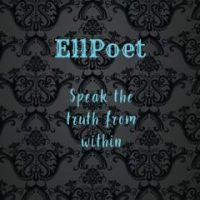