You whispered goodnight to your daughter. You didn’t know that would be your last goodbye.

You wake up in the middle of the night.

Your five-year-old daughter is gone.

Your husband is nowhere to be seen.

Your family think he took her.

But he wouldn’t do that, would he?

He’s a loving father. A loving husband. Isn’t he? 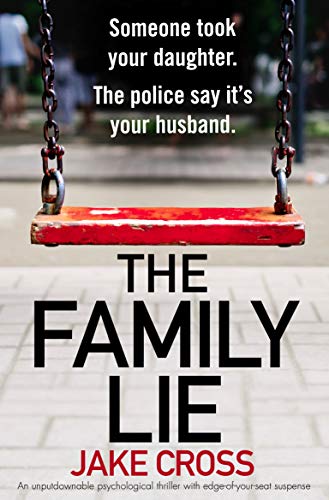 No, no, no! I definitely broke my own rules with this one. I saw the blurb, noted the cover. Would not usually entertain reading a book about a kidnapped child. But I did. And I’ll revert back to my own (personal) rules.

This novel sets a stage that looks promising. Hooks you in, gets you reading, but soon goes into left-center field. What happened?

Five-year-old Josie is kidnapped from her bedroom in the middle of the night. Main character Anna wakes to find rain pelting the window, husband missing, patio door open and floor soaked as well as in Josie’s bedroom–open window–rain blowing in. But no Josie and no Nick. It doesn’t take long before she’s called in the police, but almost immediately they suspect something other than a kidnapping. For one, the husband is gone as well. Isn’t it more likely he took off with his child?

Now begins a long and tedious search, which goes on, and on, throughout which we are introduced to secondary characters, police, detectives, investigators, condescending and suspicious. And here’s where a few of my problems enter. I really don’t like any of them. Particularly the one who refers to Anna as “dear.” ARGH! Anna’s constant referral to her daughter as “my little lady.” (No clue why that annoyed me so much. Munchkin, I could understand, or??? We certainly had nicknames for our own.) And then they find Nick, apparently knocked over the head, drugged, and dragged along for the ride. But then, where was Josie?

The narrative begins introducing twists that throw you off the original scent, scatters the few ideas you might have held for the antagonist(s). And as the storyline plods along, gets further afield. Here are circumstances the reader could not have known about. Although I can appreciate that the parents might veer in the opposite direction in their effort to get to Josie, Nick comes off weak and largely ineffectual. Anna is unsympathetic, who later bemoans the fact that she hasn’t called her daughter by her name. Seems neither police nor parents make informed decisions.

The writing seems a bit awkward at times, the dialogue gawky, some of the scenes inappropriate (come on–he put his hands between her legs? And she accepted it? Not!) Must admit, this novel was not for me, although you may enjoy it. I received this ebook download from the publisher and NetGalley and appreciated the opportunity to read and review.

The Author: Jake Cross lives in England and is the author of the standalone thrillers The Family Lie, now on preorder, and The Choice, which hit the top 5 in Australia and was a bestseller in the UK and Canada. And on Kobo, but we don’t talk about that here. He’s on Twitter as @JakeCrossAuthor, if you want to say hello. ©2019 V Williams

5 thoughts on “The Family Lie by Jake Cross – a #BookReview” 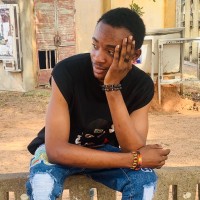