I mentioned last month the fun with new gardening possibilities and while the sauerkraut was a bust, the carrots did pretty well. The rest of the veggies in the gallon fermenter got too soft. Now, I have ripe cherry tomatoes coming out of my ears and already dried the first batch. A bit too much pepper on some, but otherwise, they are like little tomato-flavored candies.

Okay, admittedly, that has little to do with books, although an excellent reason I’m slow to read this month. Thank heaven for audiobooks and the CE!

Speaking of the CE…we will be celebrating our 60th wedding anniversary on the 2nd (cue the horns!). Hoping to do a couple things; still there are issues with gas and Covid. Because I am writing this ahead of those last three review posts, the links will be to Amazon rather than my review which I will edit upon return to my computer. (Sadly, I don’t know how to get a link to a review scheduled, not yet posted. Yes, I know—don’t say it.)

Together we did read or listen to nineteen books in August, most from NetGalley as I’m still working on the 500 badge; as I’m writing this, now up to a count of 494. So close! 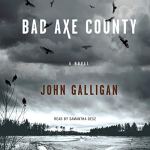 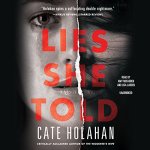 My challenges—promises, promises, promises. Yes, I caught it up! Not once, but twice as I lost all my input the first time. My challenges for 2022 are all listed and linked in the widget column on the right. You can always check out the progress of my challenges, if you are so inclined, by clicking the Reading Challenges page. I’m now at 73% of the Goodreads Challenge of 180 books at 132 and achieved my Audiobook Challenge of 30 and the Historical Reading Challenge of 25. I also achieved the yearly goal of 75 for Netgalley and Edelweiss, although of course, those books are all from NG.

Having to do over the Reading Challenges page taught me one thing: I’m not keeping up with it well. Not updating, nor reporting to the challenge hosts. My apologies. I think going forward I will undertake fewer challenges and not try to list individual entries to the challenge. Makes the page unwieldy and for what purpose? Tell me, honestly…have you ever looked at it?

Where the Crawdads Sing (my review of the book here by Delia Owens) starring Daisy Edgar-Jones—was excellent. Did you get a chance to view it? I’ll be doing a critical review discussing both shortly. I’d love to hear what you thought, too! Did you read the book?

We here in the upper Midwest had a beautiful August—I can’t complain—with pleasant temps during the day and cool in the evening perfect for sleeping. Did you get the kiddies off to school? We’ve been informed we are expecting our second great-grandchild. Too early to know boy or girl. In the meantime, the boy is trying to walk. He’s nine months. The fun begins…

Welcome to my new followers and as always I appreciate those who continue to read, like, share, and comment. Please let me know if you saw something above that got your interest.

Dennis Lehane meets Megan Miranda in this “dark beauty of a novel” (William Kent Krueger, New York Times bestselling author) about the first female sheriff in rural Bad Axe County, Wisconsin, as she searches for a missing girl, battles local drug dealers, and seeks the truth about the death of her parents twenty years ago—all as a winter storm rages in her embattled community.

Fifteen years ago, Heidi White’s parents were shot to death on their Bad Axe County farm. The police declared it a murder-suicide and closed the case. But that night, Heidi found the one clue she knew could lead to the truth—if only the investigators would listen.

Now Heidi White is Heidi Kick, wife of local baseball legend Harley Kick and mother of three small children. She’s also the interim sheriff in Bad Axe. Half the county wants Heidi elected but the other half will do anything to keep her out of law enforcement. And as a deadly ice storm makes it way to Bad Axe, tensions rise and long-buried secrets climb to the surface.

As freezing rain washes out roads and rivers flood their banks, Heidi finds herself on the trail of a missing teenaged girl. Clues lead her down twisted paths to backwoods stag parties, derelict dairy farms, and the local salvage yard—where the body of a different teenage girl has been carefully hidden for a decade.

As the storm rages on, Heidi realizes that someone is planting clues for her to find, leading her to some unpleasant truths that point to the local baseball team and a legendary game her husband pitched years ago. With a murder to solve, a missing girl to save, and a monster to bring to justice, Heidi is on the cusp of shaking her community to its core—and finding out what really happened the night her parents died.

With “striking prose, engaging characters, and a searing story of crimes rooted in the heartland,” Bad Axe County is a “darkly irresistible thriller” (Kirkus Reviews, starred review) that you won’t be able to put down.

I didn’t realize that the CE read and reviewed Book 3, Bad Moon Rising last year, and wasn’t wholly thrilled with it.

That is essentially my reaction to Book 1. From the beginning, it’s heavily atmospheric, describing Wisconsin very well. This is a small town with all the idiosyncrasies that comes with a small town: everybody knows everybody’s business. Most have been born, raised, and never strayed beyond the county city limits. Usually, that also means narrow thinking, biased attitudes, ole boy enclaves well entrenched. The haves; the have nots.

The protagonist, Heidi Kick is a former beauty queen turned law enforcement who suddenly discovers herself sheriff upon the death of the former officer. She has a history, of course, the apparent murder/suicide of her parents—something she never accepted and a case that is never far below the one currently being investigated.

And what’s being currently investigated is plenty. The storyline veers into missing girls, discovery of bodies, drugs, and human trafficking.
Lots of characters. Heidi is married with little ones. She is battling those who don’t want a “Dairy Queen” in the position—but she does have a base support.

The plot line turns decidedly dark, the dialogue raw, profane, denigrating, and demeaning. It is suspenseful, violent, and fast-paced. Better keep up!
The conclusion manages to work out all the threads, leaving Heidi snarking with her buddy, Denise—that part is fun—and I like the character of Denise.
It is well-plotted, loaded with atmosphere, and for the most part dark. I like strong female protagonists, but will have to give this one more thought.

The Author: [Goodreads] John Galligan, in addition to being a novelist and teacher, John has worked as a newspaper journalist, feature-film screenwriter, house painter, au pair, ESL teacher, cab driver, and freezer boy in a salmon cannery. He currently teaches writing at Madison Area Technical College, where his experience is enriched by students from every corner of the local and world community.